Import Of Oil And Natural Gas From Tibet 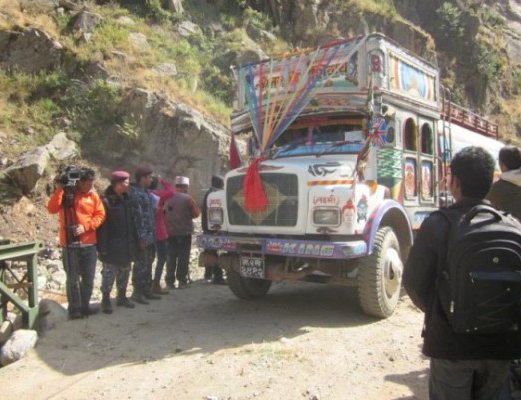 On one hand Nepal is acutely suffering from frequent unavailability of petroleum products, on the other hand our immediate northern neighbor the Tibet might soon be going to be world’s one of the biggest producers of petroleum products. According to  very recently published documents, though their accuracy is yet to be fully confirmed,  the  oil and natural gas reserves of Tibet are almost four times and two  times respectively greater than such  reserves of the whole India  (including offshore potential).  International oil companies like BP, Shell etc are already actively engaged to exploit the vast oil and natural gas resources of Tibet.  Commercial exploitation of Tibetan petroleum resources has already raised angry protests from institutions opposed to Chinese rule in Tibet.

China is going to complete the construction of 3,900 kilometers long gas pipeline to connect Tibet with gas markets in the east by the end of this year. We also know that the railway lines have already been extended up to Sighatse. Needless to say that all these activities are the precursor of full scale exploitation of petroleum resources potential of Tibet in immediate future.

It is hoped that Nepal will not waste time in exploring all aspects of petroleum products import from Tibet.  Petroleum products could be imported in sufficient quantity to meet our country’s demand as well as that of our immediate southern neighboring states, West Bengal, Bihar and Utter Pradesh. Definitely, the transport cost of petroleum products from Tibet by overland pipelines would be far cheaper than such cost by  undersea pipelines, as India is now contemplating, or by ships.

It is not a secret that many international companies were since a long time interested to tap the vast petroleum resources potential of Tibet. We can easily draw such conclusion from the following article published in The Guardian on October 2, 2000 under the heading “ BP caught in Tibet crossfire”.

A  partially built gas pipeline in Tibet threatens to become a major embarrassment for several multinational oil companies after the Dalai Lama urged them to withdraw their support for Chinese firms involved in the huge project.

The Tibetan government in exile has called for an immediate halt to the construction of several oil and gas schemes that are being backed by multinationals such as BP, Amco, Enron and Agip. It argues that the pipeline is of no benefit to the Tibetan people and will merely accelerate the influx of Chinese migrants into Tibet.

China has discovered hydrocarbon reserves totaling 13 billion metric tons of oil and gas equivalent in Tibet, paving the way for development of oil and gas resources there, a China-based industry official said.

The magazine Tibetan Review has published on April 8, 2014 the article under the heading “ China drills 7-km long borehole in Tibet in bid for oil and gas”

Having found it to contain enormous oil and natural gas potential China has now punched a seven-kilometer borehole into Tibetan Plateau in bid to extract these globally scarce resources, reported scmp.com  April 7. But, like  in the case of all other efforts at the exploration of resources in Tibet. China is keeping the project secret, refusing to reveal its whereabouts and the names of  the oil and gas giants involved in it, the report added…..