With the successful implementation of the community-based adaptation program in various districts, Nepal recently received an international recognition for the work. NARESH SHARMA, under secretary at Ministry of Population and Environment and Nationa 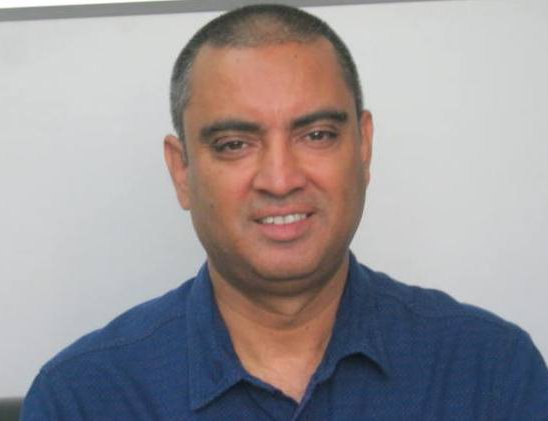 You received the international recognition for your program, what plans do you have next?

Internationally, our program has been recognized for its successful implementation of Local Adoptation Program of Action (LAPA) in vulnerable communities in the remote parts of Nepal.  After completion of NAPA, we designed the framework for the implementation of LAPA. Our development partners are also positive to extend the program. We have been negotiating in the various stages. We want to move forward through up-scaling and out-scaling of the program on the basis of our learning.

How many districts do you cover?

We are now implementing the program in the piloting phase in 14 districts, 100 LAPA in 90 Village Development Committee and 7 Municipalities. We are now planning to extend this program in the earthquake affected districts.

How popular is LAPA?

LAPA is highly popular among the local communities as well as the implementing agencies. The District Development Offices and Secretaries of VDCs who implemented the LAPA are demanding the program in the districts they are transferred. The program is popular because of its objectives. First, the program helps local communities to enhance their capability to adapt with climate change and improve the livelihood through income generation. The modality of the program is also simple as we work under the user groups, district level government line agencies and local NGOs.

How do you see the role of DDCs?

Even the District Development Committees are launching the programs. This is a multi-model program which is giving direct benefits to the people. As it is successful in the local communities, Nepal government is taking steps to extend it. As we are formulating National Adaptation Plan (NAP), the local experiences and practices learned through the program will be incorporated. We are formulating NAP in nine thematic areas which include Agriculture and Food Security, forest and bio-diversity, Water Resources and Energy, public health, climate induced disasters, urban settlement and infrastructure, tourism natural and cultural heritage and gender and marginalized group (social inclusion) and livelihoods and governance as two cross cutting thematic groups.

Who are the donors of the project?

European Union and DFID are providing assistance to the project and UNDP is providing technical support. The total budget is 14.6 million pound. Ministry of Population and Environment has been implementing the program in partnership with Ministry of Federal Affairs and Local Development under District Development Committees. The modality of the project is community based and involvement of grassroots level government line agencies like DDCs and VDCs. This is a model program.

How do development partners view this?

Recently we held a review meeting of the two years of the project and we presented the scenario of various stages of implementation. We also presented how people are benefiting from the programs. We have requested development partners to go and see the field based implementation state of the program in any district. We have complete data management system of the last two years. We can show our development partners where we spend the money and how people are benefiting from it. We can show development partners how the project generated the employment and how the project enhanced the capacity of local community to adapt with the climate change. The project also helps to mainstream the climate change agenda at national level. We have been launching the program from national to community level.

How do you see the progress LAPA?

We have implemented various LAPA priority actions programs as 715 and 873 in 2014 and 2015 respectively and we have target to implement 512 in 2016. In all, a total of 1588 LAPA priority actions have been implemented out of total program- 30 households have benefited from the program. Sixty four percent participants come from most vulnerable and high vulnerable groups. Women constitute about 42 percent beneficiaries.

How do you see the success?

What are the institutional mechanisms?

District and VDC/Municipalities level climate change coordination mechanism committees comprising of relevant stake holders have the capacity and now function with required orientation and training on climate change actions and their scope and responsibilities clearly defined and understood. Monitoring sub-committee regularly conduct field level monitoring and report findings to those coordination committees for required decisions and guidance to improve the LAPA implementation. Such committees are in all 14 program districts, 90 VDCs and 7 municipalities.

What are the achievements?

DDCs have upgraded the District Energy and Environment Unit to District Environment and Energy and Climate Change Section to plan, coordinate and facilitate the climate change related program. The Ministry of Federal Affairs and Local Development has prepared the operation guidelines of district environment, energy and climate change sections for implementation by DDCs.  So climate change portfolio is well integrated and addressed institutionally within local bodies. Capacity development of the stake holders and beneficiaries is an important part of the program. A total of 136 sessions have been organized under Technical assistance benefiting 3293 during the period. Similarly, 951 SHs have benefited from the training.

What other achievements has the project made?

Ninety-five LAPA facilitators, 55 female, have received training on social mobilization and climate change. This training has helped to enhance the capacity of the LAPA facilitator in carrying out their responsibilities with better understanding on mobilizing the community people for LAPA implementation. In 2015, nearly 4500 orientation programs were conducted for the members of Ward Citizenship Forum.

Japanese People Have A Special Sense Of Intimacy Toward Nepal: Ambassador Yutaka Kikuta By Agencies 2 weeks, 5 days ago

Tokyo Olympic Committee Is Now Preparing For The Coming Summer By Keshab Poudel 1 month, 2 weeks ago

“Nepal Is A Crown Jewel For Humans Because Of Its Geographic Treasure” Professor Tomohiko TANIGUCHI By Keshab Poudel 1 month, 3 weeks ago