Almost two and a half years after the earthquake it is necessary to review the reconstruction process and its pace from the perspective of the funds being deployed and their utilization at the macro and micro level. 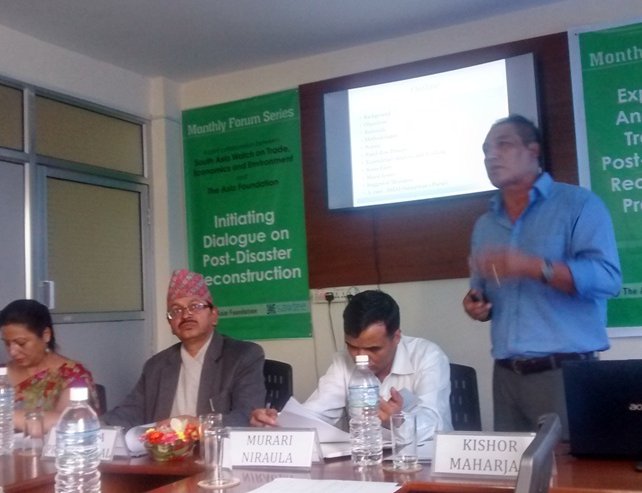 The painful memories of the devastating earthquakes of 2015 are still afresh in the minds of those who went through the experience, more so of those who suffered losses of life and property. As a least developed country with a GDP of about US$ 21 billion, Nepal did not have sufficient domestic resources to undertake the required reconstruction activities. In just a few months after the two tremors shook Nepal to its core, an international conference was organized to call on the international community to support Nepal in its post-disaster reconstruction efforts. The international community expressed its solidarity towards Nepal’s recovery by pledging US$ 4.1 billion in aid, which was 60 percent of the initially identified recovery need of US$ 6.7 billion.

Having said this, it would be unfair not to look into the trends of budget allocation and utilization over the two fiscal years for the overall budget of the NRA and the individual headings in the budget line pertaining to reconstruction. The general trend is that the allocation of the budget under the individual headings has increased. The utilization of the allocated budget also shows an increasing trend, more so under the heading for individual/institutional grants.  This increase indicates that the NRA and other implementing agencies have been mobilizing their budget better compared to the preceding year, which has translated into an increase in the number of private houses, schools, classrooms, health centers, heritage sites, roads etc. completed or under construction. The slow pace of fund flow in the first year of the NRA could be attributed to the initial institutional hiccups faced by the NRA that took months to get the NRA Act ratified. The subsequent change in the leadership also played some part. But the fact remains that even after two years a large portion of the budget still remains unutilized, which leads to an inference that the reconstruction process has yet to catch the pace it needs. The valuable resources that should be mobilized to build back better and to build resilient communities remain frozen in the metaphorical vault collecting dust while a large proportion of survivors remain homeless, and communities are left without schools and healthcare facilities.

There has been the comparison between the performance of NGOs/INGOs and the National Reconstruction Authority which does not do much to improve the NRA’s public image. This, of course, is an insufficient condition to judge the NRA’s performance as there lies a significant difference between the scale of operation of NGOs/INGOs and the NRA.  The cumbersome process that demands coordination between multiple ministries and departments and navigating layers of bureaucratic red tape has definitely been responsible for delayed fund release. The NRA was set up to streamline the activities required to make reconstruction swifter but anecdotes and expenditure statistics show that the NRA has not succeeded in doing so. What the NRA should be judged on are issues like (but not limited to) how well it identifies recurring obstacles and how (fast) it overcomes those obstacles in order to complete its mandate as well as the knowledge base it creates and the precedent it set for future disaster management and recovery.

One way to identify the causes of delay and devise solutions to fast-track the reconstruction could be to understand why there exists an immense gap between the number of first tranche receivers, second tranche receivers, and third tranche receivers. The number of houses completed and under construction stands at only 30 percent of the households that received the first tranche. Therefore, it has become necessary to track the grant amount to determine how it was utilized by the recipients. It could provide an insight into why the beneficiaries have not started building their houses as well as if they intend to rebuild in the near future. This kind of analysis and tracking could also help the NRA and other implementing agencies to identify the necessary policy changes in order to make the reconstruction process more efficient and effective. Another positive outcome of this kind of tracking could be the identification of any kind of fraudulent activities that could have occurred during the distribution of the first tranche so as to minimize those activities during the distribution of the subsequent tranches.

Surveys conducted in some of the affected districts show that the beneficiaries have used the cash grants for livelihood purposes, paying off debt, retrofitting their damaged houses etc. This varied use of the cash grant has been due to reasons like the insufficiency of the cash grants to build their houses, inflated cost of raw materials, lack of technical and skilled manpower, high transportation cost of raw materials etc. The reasons for the slow pace of reconstruction are numerous but the outcome is that a large percentage of survivors are still living the unimaginable hardship brought about by the earthquakes more than two years ago. There is no doubt that more efforts could be and should be made by the responsible agencies to reduce and ultimately eliminate the sufferings of those survivors, sooner rather than later.

TINKUNE A Deal Under Table By A Correspondent 2 years, 11 months ago 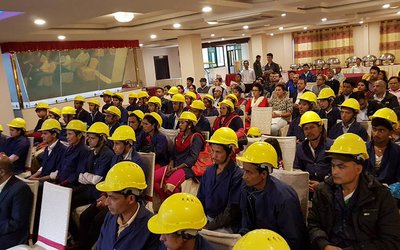