The General Theory of Relativity has completely changed our understandings of the Universe. It is one of the towering achievements of the 20th-century physics. It explains that the force of gravity arises from the curvature of space and time. 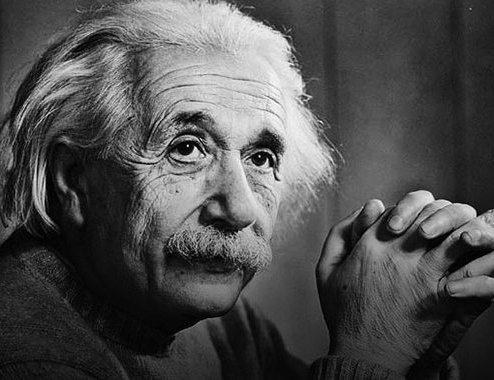 Albert Einstein, who was not very bright in a study during his early life, is recognized as the world’s most genius person of all time.   He completely changed the fabric of science. His discoveries opened the door to the atomic age. In 1905 Einstein developed the quantum theory of light which established that light exists as tiny particles called photons.    In the same year, Einstein completed his Special Relativity Theory, which established that energy and matter are linked.  After eight years of research on the problem of gravity Einstein completed in 1915 the General Theory of Relativity.  In 1917, Einstein published a paper applying the General Theory of Relativity to model the behavior of entire Universe.

The General Theory of Relativity has completely changed our understandings of the Universe.  It is one of the towering achievements of the 20th-century physics.  It explains that the force of gravity arises from the curvature of space and time.     Einstein showed that the matter and energy actually mold the shape of space and the flow of time.   Very complicated geometrical ideas of the Riemannian manifold and of the curvature associated with these manifold played an essential role in allowing for a rigorous mathematical foundation of Einstein’s  General Relativity Theory.

Einstein’s  landmark theory predicted the existence of gravitational waves 100 years before they were first detected by NASA by using interferometers. According to Einstein’s theory, nothing can travel faster than the speed of light. General relativity is the basis of the current cosmological model of a consistently expanding universe.

Einstein had been awarded Nobel Prize in 1921 for his services to theoretical physics, and especially for his discovery of the law of the photoelectric effect.  Surprisingly Einstein was not awarded separately another Nobel Prize for his historic General Relativity Theory though some years back in 1903 and 1911 Madame Curie was awarded twice Nobel prize for her two separate works in the field of radioactivity. Ironically,  the  General Theory of Relativity played only a minor indirect role in awarding Nobel Prize to Einstein, while 14 Nobel prizes were awarded in the period between 1933 and 2006  to different scientists for works based on Einstein’s relativity theory.

It has become clear that there should be further studies to develop unified field theory.  One of such studies recognized by many renowned scientists is the STRING THEORY.  It is the quantum theory of minute strings and membranes.  The string theory is expected to be the  ultimate answer  in search of a unified field  theory  that includes  gravitational force, electromagnetic force,  strong nuclear force ( it is    binding force that provides attraction between protons and neutrons and holds an atom’s  nucleus together), weak nuclear force ( weak nuclear force is the mechanism of interaction between sub-atomic particles that causes radioactive decay and thus plays an essential role in nuclear fission) and perhaps a fifth force related with still not fully understood dark matter.

Brien Green, Professor of Mathematics and Cosmology at the University of Columbia USA, is the best-known proponent of STRING THEORY.  String theory hypothesizes that string-like filaments of vibrating energy create every particle and force in the universe. All the different kinds of particles arise from the different notes the string can play.  Everything is a cosmic symphony. All the particles of the world are notes that the string can play.

The string theory is a theory of quantum gravity. This theory has been applied to a variety of problems in black hole physics, early universe cosmology, nuclear physics, and condensed matter physics. Because string theory potentially is a unified description of gravity and all other forces, it is indeed a candidate for the unified theory.

In everyday life, there are three dimensions of space: height, width, and length. In Einstein’s general theory of relativity, time is treated as an additional dimension. One fundamental factor of string theory is that it requires 11-dimensions including one-time dimension for its mathematical consistency.

Dr. Michio Kaku,  physicist and a renowned scientist in the field of cosmology, who was teaching at Princeton  University, has said that string theory has demonstrated the existence of parallel universes. According to that theory, the universe is a bubble that exists alongside other similar parallel universes.

According to Andrei Linde,  a Russian Professor of Cosmology and Physics at the University of Stanford, USA, who is playing the lead role in advancing the theory of PARALLEL UNIVERSES,   the cosmos, a gas like entity is similar to a Swiss cheese.  The cheesy part of the cheese is the energy. At various parts, energy dissipates and creates the little opening which grows over time. According to inflationary cosmology, the burst is not one single event. There can be many many inflationary bursts each time accompanied by the creation of the universe.

Prof. Andrei Linde has said to his audience in one of his lectures about the vastness of the cosmos described in the Hindu philosophy to draw a kind of similarity with his own vision of the parallel universes.   He has described that according to the Hindu Puran the  Arjun was terribly shaken with fright when the God Krishna on his request showed him the awfully vast expense of the cosmos.

There is yet another amazing example of a striking similarity between an incident described in the Hindu Puran and the concept of the existence of several universes.  It is described in the Puran that once God Krishna took Arjun into Cosmos.  Arjun was utterly surprised to find that there were other Goloks ( Universe) also in the cosmos very similar to our universe.  To his great astonishment, he found another Krishna and also another  Arjun in that  Golok ( or Universe).  How surprisingly similar is the description of the parallel universe presented by Prof. Brian  Green in a lecture on  Parallel Universe to amuse his audience “ There are innumerable universes in the cosmos. Few of them could be almost the exact copy of our universe.  Perhaps in that universe Sera Pelain instead losing the election for vice-presidency might have even become President of the USA after winning the election.”

Is Combating Viruses With Vaccine Inequity Possible? By Radha Paudel 1 week, 1 day ago