The Side Effects Of Foreign Aid

In reality, it is empty meaning your diseases will not be cured. Even if it looks like cured, there will be lots of side effects similar to those side effects of vitamins I was prescribed to take- a perpetuated dependency! 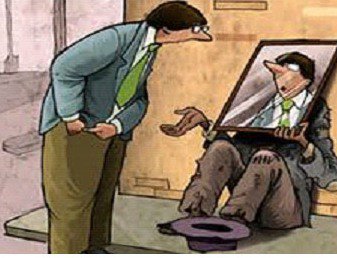 Some four years back I got seriously sick. After three month’s long running from one to another hospital, repeating checks and laboratory tests, I was diagnosed with some kind of vitamin deficiencies. I first landed at Medanta Hospital in New Delhi, India, and then finally Bumrungard International Hospital in Bangkok, Thailand. I was prescribed a year-long medicine of vitamin categories - became dependent on the medicines prescribed. By definition, medicine of vitamin’s categories does not harm nor will have any side effects. In reality, however vitamins could produce side effects giving a false impression that such side effects are helpful to a healthy living. I developed those side effects, and these are causing an unhealthy living. As such side effects are causing more health related complications. I find no immediate ways of getting out from vitamin dependency.

This is a real story. Now, let us extend this, in an analogical way, and see some of the side effects of foreign aid that Nepal has been prescribed officially since early 1950s, and on which Nepal is continuously dependent. Resulting side effects appear doing more ‘bad’ in the name of doing ‘good’!

First side effect is a poaching. One cannot say that senior civil servants or other senior public officials and dignitaries work for donors in a visible way, while they are still sitting. However, when they get retired, they immediately join donors’ offices - some of them the very next day. Their joining to donors’ offices, be it as staff members or as an advisor, experts or consultants, create a gap of skills and experiences within the recipient, at the same time, help donors to design and implement parallel projects and creating parallel units. Such practices weaken recipient entities meaning foreign aid finds it ways as well as justification to perpetuate to help develop recipient’s capacities.

Second, workshops and seminars have become a fashion now. In one of my visits to Bhojpur, I noticed bundle of bags (14), writing pads (45), files and folders (7), My Clear Bags (17) and ball pens and pencils (more than 24) and universal serial drivers (6) lying in my friend’s room-not included those that he forgot to fetch or already gave to others. I started counting and at the same time inquired about such a huge storing. I was told that all these were received in less than a year during workshops and seminars mostly organized by donors and international organizations- some in partnership with the recipient’s arms. The story did not end here. My friend also mentioned about remunerations paid to participants on top of breakfasts, lunches and occasional receptions cum dinners. Most of the resources persons were thieved from the aid recipient’s state machineries. Most of them sitting officials. In addition to participant’s equivalent breakfasts, lunches and dinners, all these and other resources persons were provided with transport costs, daily subsistence allowances, lecturing fees, commenting fees and pair reviewing charges.

Third, foreign aid aimed at capacity development, governance reforms, experiences sharing, exchanging ideas about good practices arranges for study tours abroad and field visits within the country now a days have become a means of festive events. When it comes to festivals, what people especially those from the recipient machineries make it is a fun, leisure trips and post honeymoon with spouse, child vacation and shopping. One hardly finds any reports published, not to mention about the relevance of knowledge gained during study trips abroad, and replicability of so-called knowledge gained to suit the Nepalese context.

Fourth side effects are trainings. Most of the foreign aid funded trainings are conducted abroad- part of foreign aid is quietly transferred. Three things prominently play here- one, poaching of recipient’s officials by donors, two personal interests of recipient officials, and three, promoting donors’ own institutions and experts. Nepal’s institutions, within recipient and outside may be less competent and capacitated than the one in rich countries. However, Nepalese teachers and experts are not less competent nor are they having less knowledge, expertise and outlooks. While there are no researches conducted nor are evidenced produced, again, one can firmly say that taking, say 10, people abroad for trainings becomes costlier than brining in one teacher or expert in Nepal. Additionally, the teacher or expert can teach more than 12 people.

Five is ticketing and daily subsistence allowances. For visits to abroad, foreign aid finances ticketing or transport and the daily subsistence allowances (DSA). Even for short fly, say, Kathmandu to Bangkok to Kathmandu, so-called high rankings and so-called influencers and critical counterparts to donors are provided with business class berth. One should note here that, in general, tickets under donors’ funding cost more than normal price. About DSA, this meant for traveler’s survival. Most of the foreign aid provides a beyond survival DSA. Further and surprisingly, such beyond survival DSA is supplemented by meals, receptions, and dinners cleverly and tactically loaded within the programme costs. In in-country’s programmes as well, such tactical loadings are common.

Sixth is salary, perks and other benefits received by recipient officials and their counterparts working in the donors’ offices and consultants and experts hired for the projects- by the way not all but most donors pretend to be immune from the applicability of domestic laws or acts and national staffs working for them and consultants and experts hired for the projects meaning neither they make public the details, such as name, educational credential and remuneration to be paid to them of national consultants and experts nor they pay taxes to the country they are permanent residents of. Here foreign aid not only evades taxes but also creates a separate class of Nepalese. Additionally, no matter how good philosophical advises were given, psychology force us to believe that a human being keeps comparing another in all aspects including their earnings. Here earnings of their counterparts working for the donors outpaces what they earn in the recipient. Nepal is not yet reached at a level where third drive of motivation prevails. Type 1 and type 2 motivations between these two sets of Nepalese cause low performance of the recipient officials. Furthermore, aid funded and recruited staffs especially working for the technical assistance projects needs to do kind of dual functions: one, they need to work as consultants to their donors, in other words to their principals or recruiters; two, such staffs also work as de-facto project managers, and in reality they become in-charge of the projects even when recipient’s officers are designated as chief or project manager or project director. The side effects are obvious, that is, from project’s inputs to outcomes, in other words the whole project cycle, are controlled and maneuvered by donors; poor implementation and news of improper use, misuse, and to be blunt news of corruption of foreign aid are kept below the carpet, and next phase of the projects are guaranteed to prolong and justify further assignments of international staff’s members and the Nepalese working for the donors.

Seventh, another side effect of foreign aid is donors’ perceptions about robust system at work in the recipients. However, anomalies like maneuvering misuse, corruption and improper use cannot be ruled out even in countries where robust systems are at work. In other words, say in Nepal, one regularly finds newspapers carrying news about donors complain on lack of effective public financing management, lack of efficient procurement and transparent bidding administration, lack of counterpart fund; and more often frequent changes of counterpart staffs and project managers. One, the foreign aid, nonetheless, hardly finds any news about the correlation between corruption and foreign aid - recipient, for that matter people are forced to believe that corruption happens only within the domestically funded part of the project forgetting that more than, say 50 percent or more foreign fund was put together in a project account. Foreign aid talks about frequent changes of managers, however, it hardly talks about the changed manager is proved to be competent and result oriented than the replaced one.

Eight side effect is proliferation of reports. Every new incoming heads of donors and international staffs find what had happened in the earlier years and happening not enough, unsatisfactory and even absurd. Foreign aid then finds ways of conducting researches and commissioning new studies. Recipient’s agencies are forced to go for new researches or studies. Donors do not work with other donors not they pass on their past reports to other donors. Instead, by encouraging recipient’s officials, addicted to be part of perks and benefits mentioned above, to agree for new researches and studies whereas similar researches and studies of the past continue to gather dusts in the selves they were kept. In many cases, not only parallel researches and studies are conducted but also two identical contracts are awarded, one to international companies or staffs or consultant and another to domestic companies and consultants. Foreign aid hardly contribute not forces them to bringing two together. Instead, the foreign aid unfailingly encourages.

Ninth side effect of foreign aid is use and misuse of vehicles and other automobiles which is equally perpetuating like dependency on foreign aid. One can notice, forget about the vehicles run by donor’s agencies and their official, here too some of the vehicles are charged to a project of the recipient, extra sophisticated vehicles plying in Kathmandu. Foreign aid may need some off-roads vehicles if its working geography extends beyond Kathmandu valley but how come foreign aid justifies such vehicles plying in Kathmandu valley where, nowadays, maximum driving speed could not go beyond 10 kilometers per hour!

Finally, a rather damaging and subtle side effect of foreign aid is its utilization in impairing sovereignty of the recipient country and breaking social harmonies. Sovereignty gets impaired when foreign aid finances - more often not directly but indirectly through international and national nongovernmental organizations and their representatives - participation of none state actors in international seminars, deliberations, symposiums, etc. where recipient’s own national arranged to speak unnecessarily about, for example, human right violations, torchers, and inequalities. And, social harmony is broken and l disorders created, for example, by making foreign aid available for raising churches, mosques and temples but not financing schools, health posts and community service centre. Additionally, foreign aid is also found to be readily available to elites meaning it breeds a class struggle as well.

In conclusion, one may say that a very tiny hole beneath the water pot does not harm much. However, at the end, all water is exhausted no matter how tiny the hole a water pot has. In this context what one is forced to do is to continue pouring in water, the foreign aid, in the pot, with a tiny hole beneath to give a false impression that water is not leaking or it is working. Yes, an onlooker will see water pot with water, because of continuous pouring in. In reality, it is empty meaning your diseases will not be cured. Even if it looks like cured, there will be lots of side effects similar to those side effects of vitamins I was prescribed to take- a perpetuated dependency!

The writer can be contacted at ghimirel@hotmail.com. The opinion expressed is personal opinion of the writer.