Taxing and increased taxes should not be public sector's mission, rather taxes should be expected as an outcome or result of a vibrant private sector; deepened and expanded economic activities. 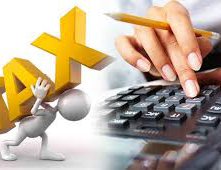 There are number of paths to be walked to national earnings. Two are prominently followed: (i) tax the people and private sector now, or (ii) let people or the private sectors earn, in other words, taxing the income earners later and at the same time also reducing the tax rates.

Many countries like ours {NEPAL} follow the first path, i.e. tasking the people and private sector now. Not only people and the private sector are taxed, they are taxed high. This write up would like to suggest, to the extent possible, not to taxing now or taxing later, even if income earners especially businesses and entrepreneurs are taxed, tax them low, and to exclusively focusing on helping private sector to grow in the context that the Constitution of Nepal has recognized the private sector as one of the pillars for the socio economic development of Nepal for achieving a higher and sustained economic growth.

The idea is, in the long run, taxing later or taxing less benefits the country most. Amongst many, a country can implement following five strategies to help grow the private sector and at the same time to achieve an accelerated, high and sustained economic growth.

First, innovation and research and development (R&D) capabilities of the private sector needs to be strengthened to support investment- investment of the public sector and of their own. In countries like ours, a private sector is often suggested to invest in innovation and research which they cannot afford to do except in a smaller scale. Even if we look at the history of innovation coming, we find that most of the innovations and R&D were invested or supported by the government. For example, internet and speech interpretation and recognition interface (SIRI) were funded by the Defense Advanced Research Projects Agency of the U.S Department of Defense, Geographical Positioning System (GPS) by Navy, and touch screen display by the Central Intelligence Agency (CIA). Yes, private sector used those innovations and R&D, but they used them later. They grew their business, they earned, and they not only supplied goods and services to the individual customers but also provided services to communities and paid taxes to the government. Therefore the government, instead of not investing on its own and rather asking private sector to invest, must make adequate investment for innovation and R&D.

Second, the government needs to help grow Small and Medium Enterprises (SMEs). It is often the case that SMEs are not helped. Due to economy of scale and other reasons, private sector including individual usually does not opt for SMEs development. This is one of the reasons why SMEs in Nepal are mostly run as home or family based industries. Some of them also get a nominal fiscal subsidy from the public sector. Regrettably, they are less linked to chains - backward or forward and demand or supply. SMEs survive but with no increase in their growth, their income, employment they may create and provides to, and the taxes they pay to the government. Instead, they get taxed! In this context, the public sector needs at least to do two things: one, supporting the growth of local SMEs through various incentives and helping them to be linked to supply chains, and two, the public sector also need to fully realize that SMEs are a nursery for the large firms and industries of the future.

Third, Nepal lacks standard infrastructures and those available so far are not adequate. There is a gap between the needs and availability. On the other hand, the government also appears to be unable to make needed investment for infrastructure development. Few countries have successfully met, if not, narrowed infrastructural gap through public private partnership (PPP). Beyond a policy, the modality has not yet been applied in Nepal. In other words, for PPP to work to meet infrastructure gaps, a comprehensive and fully prioritized infrastructure development plan followed by public sector's investment becomes a precondition. The responsibility, therefore, lies with the public sector to ensure appropriate infrastructure is in place that meets needs of existing as well as new investors. A parallel approach for ensuring economic infrastructures (irrigation and power, transportation, and communication) and social infrastructures (education, health, sanitation and water supply, and housing) help grow private sector.

Forth, though not fully linked, Nepal has some excess global economy and global markets. However, for Nepalese private sector to be able to compete globally, public sector support becomes critical. The public sector needs to help find them market, help promote their product, help standardized. Beyond participations in few trade fairs and exhibitions, private sector has not benefitted much from public sector. Some in private sector are growing and producing some high value products to be able to beat world's standard and quality. Nonetheless, their own investment cannot make them able to reach global markets, and to stand atop. In other words, they need targeted support from the public sector- both financial and technical. There have been attempts and some provisions made by the public sector, but such attempts and provisions rather supports to middlemen not to the producers.

Fifth, in a country where there is no human resources plan even for the public sector, ensuring supply of skills meeting the demands of the private sector and the demands of the economy looks a remote dream. The need therefore is a national human resources plan. And, the plan needs to be worked and implemented by the public sector- should not be expected from the private sectors.

Viewed from the above perspectives, taxing should not come to the mind of public sector and public authority first. Nor should the public sector waste it's time to indulge in taxing now or later and taxing low or high. In other words, taxes and taxing should not be public sector's mission rather taxes should be expected as an outcome or result of a vibrant private sector; deepened and expanded economic activities. Public sector has got number of alternatives to mobilizing resources. Let us think of not taxing private sector, if we cannot, then let us think of reducing the tax. Let the private sector expand and earn first!

Opinion expressed is personal. Ghimire can be contacted at ghimirel@hotmail.com