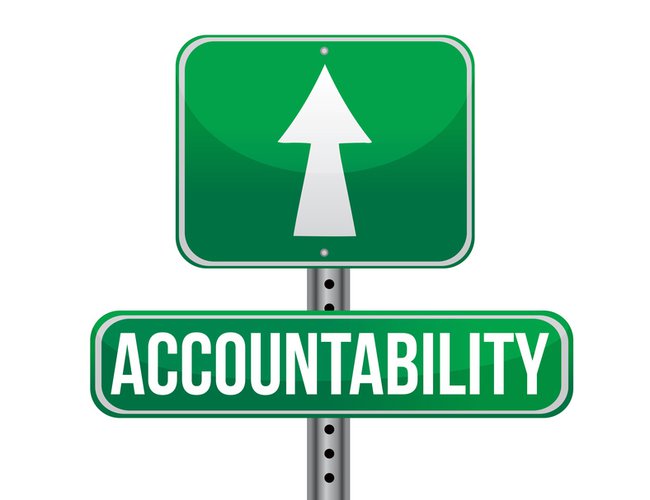 In May 2018, during my visit to the People’s Republic of China to attend Second Belt and Road Initiative Forum, I re-met one of the Secretaries of one of the African countries. The Secretary and I studied together in the University of Bradford, United Kingdom in 1993/94, as such we were a classmate studying the same subjects-development, how to get developed. I was already a Government Officer then, and he too was working for the Government. We were in touch. Nonetheless, it used to be irregular, sometimes via viber, other times through skype, and some other times via emails. We never talked about our professional life nor governance and accountability in our countries before we met this time.

During this Beijing re-meet, we discussed, shared and exchanged experiences about our professional life in general and our countries' system of governance (pubic) in particular. We realized that the country, he belongs to, and I belong to have many similarities and anomalies, at least, in terms of development. Amongst similarities and anomalies accountability appeared to be in trouble, in all lives and aspects of the people and the country in general and in the public sector in particular.

In the public sector, frequent transfer of the members of the bureau especially the high rankings were a regular phenomenon in my friend's country. In the eyes of donors, frequent transfer is one of the major reasons for unsatisfactory implementation of foreign aid projects in Nepal. Like in Nepal, in Africa also the politics talks about negative effects of such frequent transfer; donors raise issues of transfer in every meeting they hold with the government. The private sector, the civil society and the service seekers, and the public do not like frequent changes. Even the changers too do not like it. And, those who do not like including donors, they sometimes make a hue and cry without considering the facets as to whether incoming with changes are more capable than the one changed or those who is changed is better needed in an another place. However, in the deeper inside, many of them like frequent changes.

Why? Primarily to get an escape from the answerability and accountability. Public office bearers, both political and bureaucratic, prefer to, to get rid of accountability requirements. In other words, the budgets were appropriated before you were made in-charge of particular office. You are transferred before the closing of the fiscal year. By the time, you need to submit your reports, there will be another person so you will not be required to be accountable even if you did not achieve any results or you spent budget recklessly. The system of governance has become so weak meaning there is a very slim chances that one will be brought to accountably after you are retired. It was all obvious-a system where you are transferred every six months itself relives you from being accountable. You do not need to think of a possibility of bringing back to accountability mechanism after you are retired. Instead, as a retiree, you will have more opportunities to criticize about the non-performances of sitting members of the bureau or a politician giving impressions that you answered, you were accountable, and you stood as one of the best performers.

Lost in thought since then, this troubling situation of accountability aroused me to think beyond the reasons of non-accountable bureaucracy. I was further prompted to think amid major challenges of deciding where, when and how to deploy resources and efforts that Nepal has been grappling with. I have not asked my friend but I am/was thinking. I felt that accountability loss could be serious. Even a gap in the accountability becomes serious. As such, not only I but also everyone needs to think rather carefully about the options for governance, and especially the role of political masters and the role of public bureaucracy in supplying governance. In the meantime, my unfinished thinking leads towards to believing that it is not a typical failure of system of administrative governance. Perhaps, this happens under a planned strategy!

How it could be then? The bureaucratic accountability is primarily lost because of the the strategy of political parties, and the politicians in poor countries to keep politicians free from accountability. The members of the bureau complements the political masters. Whether it is a standalone strategy of the political master or complemented by the members of the bureau-many often it is complemented, the strategy is to tell the oversight and other agencies they are supposed to be accountable, for example, that the Minister could not find a senior bureaucrat or Secretary to handle ministry's responsibilities satisfactorily, so he was forced to change one, and to bring in another. The Secretary could not find a Director General. None below the Director General could find a suitable one! Regrettably, the new comer too appears to be not any better than the changed one so the newcomer also needed to be changed. The cycle continues, and continues in the days to come as well. The accountability gets lost, and the crisis of governance becomes a generic issue.

I am not sure if my impression is the right one. I am very much unsure about my African friend agreeing to my thinking, and my impression. Now, I am thinking to write an email to my friend I re-met after 25 years in last May asking him if his views are also similar or my impressions are similar to his impressions!

Opinions are strictly personal. The author can be contacted at ghimirel@hotmail.com

Youths In Nepal Elections: From Social Media To National Platform By Sangya Dhakal 23 hours, 29 minutes ago

An Overture Filled with Confusion By Dr. K. Uprety 3 days, 4 hours ago