Anthropology is a relatively new discipline as it is barely talked about in high school. It is mostly termed as similar to sociology and most of us might have just stumbled into taking it as one of our subjects in first year. 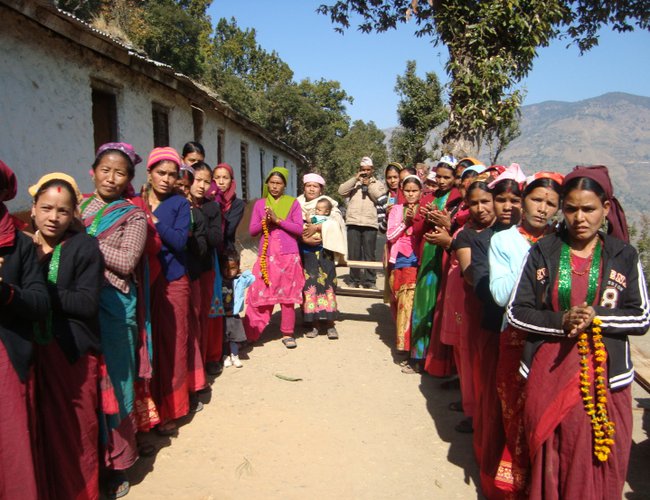 The real idea of education is not just limited to textbooks and classroom discussions as daily interactions, participation and observations are also equally important. The beauty of learning is that it can take place in any context with anyone regardless of their class, caste, status, religion etc. Moving on from the high school curriculum of studying all disciplines, college education gives you the liberty to choose what you wish to study depending on your interests and several other factors. Anthropology is a relatively new discipline as it is barely talked about in high school. It is mostly termed as similar to sociology and most of us might have just stumbled into taking it as one of our subjects in the first year. It may come across as an exotic discipline used to studying a similar population but it is a discipline that urges you to transcend all kinds of boundaries in order to understand the real meanings, rather than what is just on the surface. Anthropology is inclusive of diverse topics concerning other disciplines as well. It opens discussions on these various topics without biases to any specific point of view; it welcomes multiple, similar as well as opposing perspectives.

The interesting anthropology class discussions, when people relate their personal experiences to the theories we review, urges me to go beyond the classroom and look at everything around me through an anthropological lens. The discussion usually lingers on as you walk out, making you to look much deeper at what we are indulging in our daily lives. One of the most important things I have been able to pick along my journey in anthropology is the relevance of context. It is important to study a society’s behavior and practices in their specific context as dragging it away from its origin is problematic. The context and location of the observer is also equally important as it helps understand the rationale of his/her perspective. The ability to question and look beyond what is simply stated as facts is important today amidst the complex human society governed by different needs and wants. My subject combination as Psychology and Anthropology allows me to examine humans in the context of isolated individuals as well as part of the big society. It also brings into play the influence that a society and an individual exert on one another. Learning about ethnography which is the key element of anthropology reinforces the importance of going out in the field to understand the ‘why’ and ‘how’ of the society rather than making a general conclusion based on a few hours of observation. We live in a diverse world where rather than fully embracing the differences we tend to stereotype people and communities. Stereotypes are tags and labels that we attach to people based on our initial impressions or some general conclusions. The stereotypes that we associate with certain communities tend to limit them; in the words of Chimamanda Adichie, ‘Stereotypes aren’t untrue, but they are incomplete’. As anthropology gives us the freedom to explore several perspectives, it also opens the door to address these stereotypes and why they exist. It is important to remove these false labels by understanding the reasons behind the circumstances that lead to it.

Anthropology and its practices of reading in between lines or looking beyond the surface level will help bridge the gap between the binaries that exist around us. It’s the single story that creates stereotypes and that single story isn’t enough. Anthropology is teaching us to leave our pre conceived notions in order to capture information in its real form. My choice of an anthropology major is no more what I stumbled into rather I’d like to call it a privileged access to a discipline that allows me to sit miles away and still connect the dots with the nuances of Nepal. It may be questionable as to what kind of job will I fit into but an anthropological insight is going to benefit any position I am placed in. It is a very conscious choice as this journey in anthropology has made me question my own location. It urges me to be insightful towards the place I belong to and the kind of circumstances my country is going through. Nepal is a landlocked country, adjusting to a chaotic democracy post the two century-long history of monarchy. The transition to democracy wasn’t just a task for the government but for the people of the country too. The unaddressed issues of the population is causing the democracy to be chaotic. It’s not enough to get a government designation and make policies as you sit in your office chair. In order to benefit from democracy, the poor and illiterate population of Nepal have to be able to raise their voices through the representation of someone like an anthropologist. The 2015 earthquake shook the country to a bad state with several people dead and homeless. Post the disaster, most countries of the world sent in aid in the form of money as well as survival goods. The statistical figures of the incoming aids kept rising and so did peoples misery as most of them never received it. Sometimes the aids may not be useful as the local population may not be able to use it. There is a very high need for anthropologists in Nepal, who would be able to go out in the field to see what is needed in order to bring about changes in these kind of distribution policies.

Nepal also inhabits several indigenous tribes that are shrinking in population but they don’t wish to be a part of the mainstream despite the several laws that have been passed. The stringent caste system that prevails in Nepal causes a lot of problem to these tribes as they merge into the mainstream rendering the laws to be futile. Hence a lot of detailed grass root work is required in order to understand the population and to get the country to greater heights. There are several issues like this in Nepal that need to be addressed, which requires detailed study of the communities. Anthropological practices are highly relevant to my aspirations of understanding the people of my own country and to bring about a much-needed change. In a culturally rich country like Nepal, it is important to break down the elements that govern the cultural practices in order to understand its relevance in people’s life. The Anthropology degree may not guarantee a high paying job or a fancy designation but it is essential in every context.