The maladies that plague this planet by causing hindrances to women are many, but the current US President serves as an embodiment of the allegory 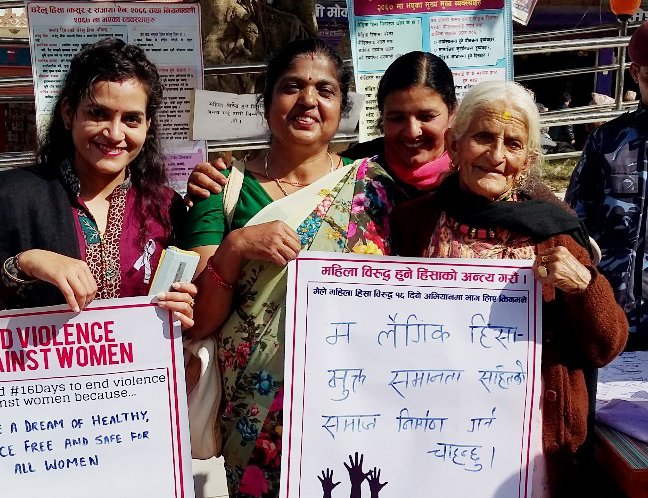 In 1792, Mary Wollstonecraft first said that women are not inherently inferior to men but they only appear so because they lack education. Apart from education, some other factors determine why women are not at par with men, inter alia, unequal opportunities, regressive gender norms unfavourable towards women, patriarchy, and, of course, the glass ceiling. Three waves of feminism and 226 years later, women in most parts of the world are still trying to prove the same argument as Wollstonecraft.

The maladies that plague this planet by causing hindrances to women are many, but the current US President serves as an embodiment of the allegory. Not only did the glass ceiling not shatter remaining intact after his assumption of office but other impediments were furthered towards womankind in the land that now kills dreams of women, who might have ever dreamt of reproductive or workplace rights. The President, notorious for his sexual slurs against females – opponents, journalists, and critics -- alike has lived up to his name, and supposedly taken care of scandalous stormy (pun intended) situations under the table.

Further in Hollywood, a remarkable number of biggies came out in the open about how they were harassed by other powerful biggies but in return those victims coming out were judged for being mostly white and questioned why even the assaulters chose only a certain race to molest. This created a space where the victims were told they were victims because they looked a certain way and on top of that judged for looking that way. And while we’re at it, a more acceptable terminology has changed to ‘survivor’ in place of ‘victim’ but we have changed nothing about victim blaming and shaming.

Survivors of the IS enslavement, the Yazidi women, still live in fear and in terrible conditions since international interest in them has faded away. However, it was noted that some of them have resumed school and gained power to fight their oppressors – the IS and their parents. Millions of women are still living in war and conflict affected zones all over the world, mainly in Syria, Myanmar, Afghanistan, Yemen, and DRC. Fate of the hundreds of girls abducted by Boko Haram in Nigeria is still unknown.

Coming to terms with disturbing data and relevant social media trends, about 78 women were said to be filing rape complaints every month in Nepal. A social media trend #RageAgainstRape was seen that expressed the horror and shock of many to this revelation. This was not the only trend in 2017, #MeToo was another successful illustration of the fourth wave feminism that saw participation from females all over the world, who admitted to being harassed sexually at least once in their lifetime.

Women in Saudi Arabia can finally drive cars. The political participation of women in Nepal has been an all-time high. However, we are still counting women developments and achievements under a separate category.

All development will be rendered incomplete unless women and men hold an equal footing. We have a long way to go because even today women continue to be on an unequal position across the world. In some countries, like Russia, it has become difficult to get help from police and the courts if someone hurts them at home. Discrimination against pregnant women and lactating women is for real. Women are still sold and trafficked for sexual purposes and slavery. Maternal mortality is still a thing and women are fighting taboos that stop them from doing what they like because those things are not gender appropriate. The laws governing women are still made by men and women hold lesser economic resources, education levels, and employment opportunities as compared to men. Honour killing, revenge rape, marrying off victims to the rapists, child marriage, and menstrual discrimination are still prevalent.

We may need another 226 years to ensure women the kind of position and power men enjoy but we do not need that long to ensure women are the agents of change and not just beneficiaries.

Unmute Your Mode By Edyta Stępczak 6 hours, 19 minutes ago

Why To Regulate Electricity Sector In Nepal? By Dr. Ram Prasad Dhital 1 week, 6 days ago

Can Grid Connected Solar Irrigation Pumps Be The Future Of Irrigation In Nepal? By Dr. Vishnu Prasad Pandey, Sagar Gyawali 2 weeks, 1 day ago

Translating Commitments Into Action By Batu Uprety 2 weeks, 1 day ago