Do We Need an International Men’s Day?

International Men’s Day is celebrated on November 19 every year. It perhaps is uncommon knowledge because nothing else can justify the demand of some people for a day especially dedicated to celebrating men and their accomplishments, akin to Women’s Day held on March 8. 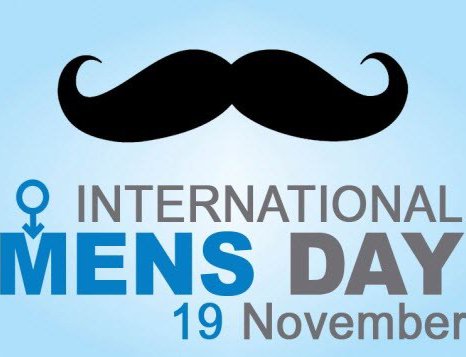 International Men’s Day is celebrated on November 19 every year. It perhaps is uncommon knowledge because nothing else can justify the demand of some people for a day especially dedicated to celebrating men and their accomplishments, akin to Women’s Day held on March 8. But what is commonly known is that men asking for rights and equal treatment is comical, almost a jab at all the improvements that have happened at the women’s front. Every year, arguments surface claiming that all days of the year are indeed men’s day and the need for one particular day is unrequired while supporters advocate for the importance of this day.

Feminist groups often attack the idea claiming that all movements of men rights advocates instead of being pro men are anti women. This attack is not foundationally wrong per se with a bunch of men screaming about how men have been wronged by feminists and need their own right givers. Men’s rights demands have always been sprinkled with how men have been wronged by feminists who want to eradicate the world of all men. They do not concern men issues, like men who do not fit the stereotypes, men who face abuse and assault, men who do not have employment safety, men who cannot be themselves because of various social constructs and so on. Rather, their primary focus remains on protecting men from women who are vile and full of malice.

Yet, the fact does remain that men’s issues are governed by the norms that come along with being born a man, mostly masculinity and heterosexuality. This does mean that any man refusing to cater to the made-up norms will be targeted and needs activism. This is even more important for men of colour and men belonging to ethnic minority groups who have been historically oppressed and continue to be so.

This point is where it gets extremely confusing because how can we celebrate men who oppress women and other men at the same time trying to recognise men who have been wronged historically on the same day?

Not caring for the wrong way by which men’s day objectives have developed over time by the advocates and non-supporters, men’s day is important. Men’s issues have constantly been ignored and not spoken about in the mainstream, including suicide rates, psycho-social problems, homelessness, parenting and paternity difficulties, among others.

The theme this year in 2018 of International Men’s Day is to promote good role models for the awareness of men’s health and wellbeing. This was said to be important because as is expressed by many, the downside of being a man is not being able to express themselves emotionally.

What is also striking about this year’s theme is that while all the other days a lot of positive feminist men bear the collateral damage that comes with the unleashed attack that is made on men in all fronts. They bear the collective brunt of the harsh masculinity that is subjected to women and other men and non-binary. At the same time, there have been possible role models in men, who are inspiring, supportive, and make the world a better place to live in.

There are many traditional roles that men are limited to: as strong physically and mentally, as breadwinners and thus as not staying home to care for children and elderly, and such. Men’s rights should focus on breaking these stereotypes and men rights activists should support men in crisis instead of making their movement anti-women and by trying to protect and break away from all the wrongs they have done to the world.

Uttarakhand Glaciers And Recent Disaster: A Lesson To Our Countr By Dr. A.B. Thapa 1 day, 17 hours ago

Japan And Nepal Can Both Contribute To World Peace And Prosperity By Masamichi Saigo 1 week, 1 day ago

Why Upstream And Downstream Linkage In The River System Can’t Be Ignored? By Pratik Poudel 1 week, 5 days ago