Can We Escape The Corset?

They likened the norms defining their appearances to a rigid body binding shaper that molds measurements to appease to the eye. To modify the body to become beautiful, as decorated by make-up and corsets, is torturously suffocating and extremely difficult to breathe. 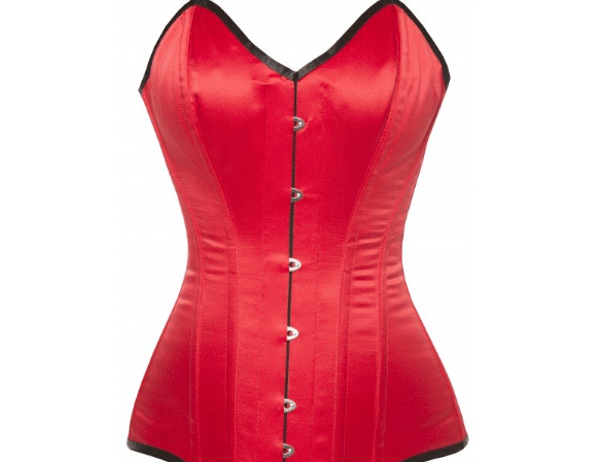 Known globally as the cosmetic hub, South Korea is extremely obsessed with cosmetics and make-up, and very rarely do Koreans (including minors) shy away from surgery to sculpt their face and body to appear ‘beautiful’. This obsession with beauty in Korea is represented by the sale of cosmetic products that generated USD 13 billion last year. This is non-inclusive of the Korean cosmetic surgery industry that lures tourists from all over the world, especially from China and Japan. By 2020, the South Korean government expects more than a million medical tourists, a more appropriate disguise to describe patients of cosmetic surgery.

‘Escape the Corset’, an anti-cosmetic campaign was made popular in Korea as women smeared their make-up and cut their hair short to stand up against the taut beauty standards imposed on them. They likened the norms defining their appearances to a rigid body binding shaper that molds measurements to appease to the eye. To modify the body to become beautiful, as decorated by make-up and corsets, is torturously suffocating and extremely difficult to breathe. Not only does it affect financially and psychologically the consumers of such products and services but it also furthers the agenda of rich corporations that make money off of people’s insecurities and societal conventions.

This practice of instilling, accepting, justifying, and monetizing the beauty standards is not limited to just South Korea. Such practices also dominate South Asia, where a common infatuation over fair skin is awfully rampant and no amount of education has fixed that. Indian TV, which is also consumed all over South Asia, shamelessly propagates such senseless notions that are furthered by a fair, often popular female personality, who in reel will tell the audiences how being dark skinned is the first hindrance to success, or even worse, marriage.

The Indian skin bleaching industry is estimated to be worth USD 4 billion (from the sales of creams, sunscreens, powders, facewashes, etc.) but still remains an industry founded upon primitive racist concepts rooted deeply in colonialization, where the rulers were white and the ruled, dark skinned. The caste system further perpetuates such values as the so-called ‘low castes’ and tribals are deemed to have darker skin tones as compared to the ‘higher castes’.

To clear the air, it is not wrong to use make up or to undergo surgery per se. However, what is concerning is the genesis of the need to do so. Women who live in a framework that dictates how they will be presentable are prime targets of these conglomerates. Advertisements thrown at our faces harass women for looking old, wrinkly, grey-haired, fat, thin, hairy and having stretch marks, birth marks, uneven eyebrows, scars, or to sum it all up just “not beautiful”, acting as reminders of having to conceal shortcomings rendering women incapable of stepping out of our houses au naturel.

It is disheartening that we are living in times where worth is determined by aesthetics. Portrayal of perfectly beautiful as per conventional standards in the media feeds us narratives of how we could look like them if we tried the products they swear to consume and worship.

For ages women have always been looked as objects of desire. They were groomed to mold their bodies and entire existence to please the male eye always in manners they deemed beautiful, furthered by other females who were prey to the same sick ideas.

Even now, very little has changed. We still store beauty in a bubble and refuse anything that bursts it. Big talks about acceptance of all skin colors, body sizes, and deformities continue to delude us only to sell us more products, specifically packaged to heal that particular insecurity. End of the day, diversity in the definition of beauty will only increase sales in a wider range of beauty products. Perhaps one day in utopia, all women will find the perfect shade of foundation to suit their skin tone and maybe then we will stop wondering whether only fair is always lovely.

Japan And Nepal Can Both Contribute To World Peace And Prosperity By Masamichi Saigo 2 days, 12 hours ago

Why Upstream And Downstream Linkage In The River System Can’t Be Ignored? By Pratik Poudel 6 days, 17 hours ago

COVID-19: An Overstaying Visitor without Visa By Dr. Omkar Shrestha 1 week, 2 days ago

How Effective Financial Reporting Started With An Initiative In The Education Sector By Smita Gyawali and Rajan Acharya 2 weeks, 1 day ago