The female body has survived brutal times over the course of history from being misunderstood to controlled. 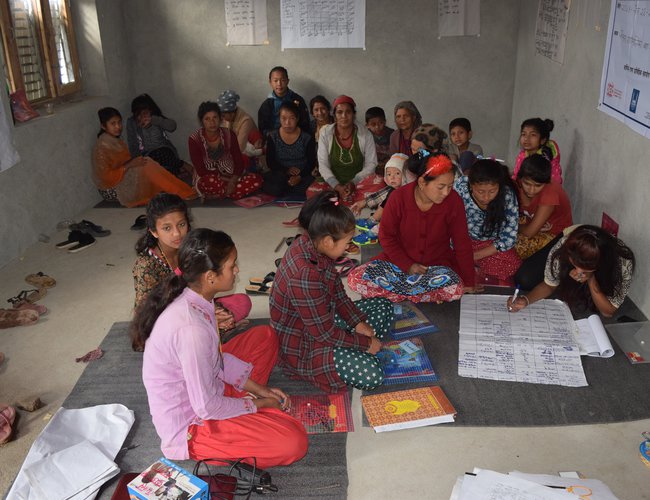 Women empowerment over the past few years has grown to be an important issue that has garnered adequate attention, and quite rightly so. National plans and policies have sought to be inclusive and gender friendly. Development sector has banked on the narrative so well that there is not a single non-empowered woman in Nepal but only women who have not yet been spotted by an NGO. As we continue our drive to empowering women without considering their emancipation, we have to stop to question that what is it about skimpily clad women that reflects empowerment?

The female body has survived brutal times over the course of history from being misunderstood to controlled. Even today, our bodies are used against us. All major violence and threats against women are carried out in the form of bodily harm- female genital mutilation, rape, molestation, acid attack, or murder- even pandering to toddlers and young girls who have not even learnt about their bodies. Used as an instrument of oppression throughout time, we have been conditioned to believe that they serve the purposes of child bearing and husband pleasing, apparatuses of male entitlement.

One rung further beyond this chaos stand the women that have been subject of appeasement to the male gaze, the semi-clothed models. Some claim this to be empowerment which is fair enough, as women can decide what they want to wear and how and where they choose to present their bodies breaking the shackles of conventional attire and limitations of shame and honour.

It does give away a whiff of liberation – albeit different from empowerment – this discourse assumes full agency of the female while accepting to dress and pose provocatively to appease to the male gaze. We are refusing to acknowledge all the money that is being made off a human being for looking and dressing in a titillating way. The person also makes money from it, but in this grander scheme of things can be skirted away as a compensation for renting their existence to be reduced to a pamphlet. To no one’s bemusement, corporations founded and headed mostly always by male personnel benefit the most.

Alternatively, if shedding clothes was equivalent to empowerment, adult film actors would have been the strongest. In reality, they go through horrible working conditions with no ownership of their own bodies and face harassment at the hands of production houses, coupled with double standards from the audience: first being celebrated and later shamed for being in such a profession. Basically, there does not even exist a hint of bodily agency and female bodies are just like puppets being controlled by the ultimate puppeteer, misogyny. Because how else could we justify rage, body shaming, and abuse when women strip to protest for things that actually matter?

Some also argue that high ranked ‘celebrities’ have the power to influence to bring changes in society. What they may actually have is a little bit of power to say no to doing these adverts, but they will always be replaced by somebody else who will not refuse. Market demands more of these and so will they be delivered because these have always been sold and will continue to be until we demand agency over our bodies.

My contention is not an archaic one curtailing women the rights to dress and make a living as they choose. The major argument here is that it does not benefit women, the least of which the human being who agrees to do it. There is no empowerment in stripping, the very methodology to bring positive change laced with hidden misogyny cannot be the means to achieving an end. Before considering it empowerment, there is one fundamental question that needs to be asked, “who do you want to strip for”? For men that continue to sexualise our bodies? For corporations that will make untracked profit? Or for other women who will then have to fit the size of the calendar girl?

All the world’s a stage and it is driven by misogyny. I rest my case.

Why Is The Stock Market Price Rising Despite The Covid-19 Pandemic? By Shanker Man Singh 2 hours, 6 minutes ago