Are We Fighting Rape Incorrectly?

Newer laws against rape were implemented from 17 August 2018. These new laws have increased penalties for the perpetrator, the age of consent, and the time-frame for reporting a rape. However, the state has failed to provide justice to the 13-year old Nirmala Panta and others for over a long period of time to only continuously provide facetious investigation reports and probes. 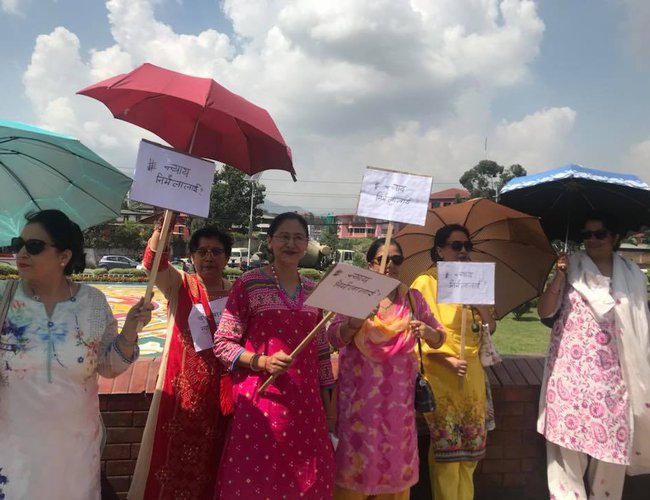 Week after week, instances of rape against women continue to spring forth in Nepal. As per Nepal Demographic and Health Survey (NDHS) conducted by the Ministry of Health, in 2017, 1131 rapes were registered in that year alone. In a country with almost 30 million people, what is disconcertingly problematic with this revelation is that this figure is only the tip of the iceberg as women and their family members continue to be hesitant to report rapes.

Additionally, cases are not registered because the police seek to ‘settle’ the ‘dispute’ with some ‘compensations’ or ‘compromises’ during the time of the complaint– often hefty bribes. And when these supposed providers of justice give out their esteemed verdicts they refuse to register the case– perhaps insufficient bribes. Gut wrenching and bone chilling tales of rape are brought to the mainstream often leaving the citizens of Nepal with a question of why the government and its state mechanisms are failing repeatedly to protect them.

Newer laws against rape were implemented from 17 August 2018. These new laws have increased penalties for the perpetrator, the age of consent, and the time-frame for reporting a rape. However, the state has failed to provide justice to the 13-year old Nirmala Panta and others for over a long period of time to only continuously provide facetious investigation reports and probes. Other cases continue to spring up almost every day and activists demand justice for all survivors increasing frequency every time.

When the case is never considered serious enough by the police, media, activists, government, and society, how will the survivors of rape ever come forward? Similarly, if no priority is given to likes of the “rural destitute”, how can less privileged women ever own up to having been raped? Taking examples from the failure of the state to take action against the perpetrators have decreased in people the hope for a possible recourse.

Activists are accused of outraging selectively. If that is the case, then for every case of rape that is shelved for not being despair worthy, the state fails to deliver justice to one increased survivor because by not having to deal with a problem that is not hot news, these selective outrages have only strengthened the inept government and its failure to protect the citizens. However, any amount of activism has not received any attention from the state at all. And the question that persists is why is it that the onus on justice is now passed down to the activists who only demand for effective remedies.

Some people demand capital punishment for the rapists in Nepal, a practice that has been abolished since 1946. While justly so, bringing it back to hang the rapists will increase other atrocities towards rape survivors to stop them from reporting the crimes and to remove evidence, like murder perhaps. It also does not address other violent crimes against women not amounting to rape such as acid attacks, dowry death, chhaupadi, forced pregnancy or abortion, forced prostitution and so many more.

Weak rape laws were said to be responsible for giving leeway to some rapists to roam around freely as other women continued to live in fear. However, stronger laws against those officers who do not register a rape crime, put the blame on the complainant and their family instead, demand a bribe for doing the bare minimum their job profile asks them to, for siding with the rapist, and for misuse of power should have been made sterner. Despite the prudish societal protocol, if the state will protect the ones who demand justice, the fight will be relatively easy to win.

The government has a lot of grace to be saved. Lest it does something extraordinary to answer to the citizens who are constantly waiting to see the girls and women safe and protected, the possibility of living in a rape-scare free country seems bleak.

The system is failing to provide justice repeatedly because it is fighting rape incorrectly.

Uttarakhand Glaciers And Recent Disaster: A Lesson To Our Countr By Dr. A.B. Thapa 20 hours, 50 minutes ago