This movement is not without its discontents, nevertheless. A lot of sceptics argue about the unparalleled power that is allowed to an accuser, especially to those who even have the liberty to stay anonymous. Sources of verification when inquired for even by the person against whom an accusation is made if not provided can bring into serious doubts about the validity of the accusation. Some also fear that innocent men can be harmed by this movement if women try to settle scores with them. 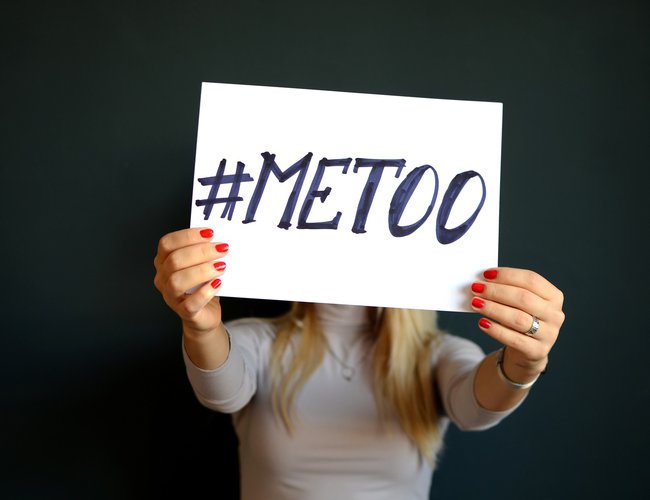 MJ Akbar, the Indian foreign minister resigned on 17 October after his sexual misconducts were exposed by more than 20 women on social media. Only after filing defamation suits on Priya Ramani, one of the first to accuse Akbar, he resigned from his position but remained determined to continue battling the ‘slander’.

His resignation came as a result of a social media revolution in India, spearheaded by actor Tanushree Dutta who spoke up against veteran actor Nana Patekar who had changed the dance moves so that he could grope her, back in 2008 when they were working on a film together. Following, writer and comedian Mahima Kukreja wrote a Twitter thread about sexual misconducts by a male comedian Utsab Chakraborty. A sizeable number of women then spoke about the comedian’s untowardly behaviour that had occurred several times over the past few years. One name led to another and as women continued spoke up about sexual atrocities they had faced over the years India’s MeToo gained momentum a year later than the American movement by the same name.

This only proves to us that women have always been abused at the hands of men, sexually or otherwise. Yet, the number of cases that are reported or brought up to the fore is very less. Cases that are reported are not taken seriously. The voices of the complainants are silenced because their abusers and their allies have both money and muscle in enough amounts to get away with every gruesome action they commit against a woman. When Tanushree tried to protest dancing with Patekar in 2008, she faced mob violence set on her by him made easy by his political connection. Her case was never taken seriously.

What is notably revolutionary is that #MeToo in India took place online on social media. Women who were wronged even decades ago used the platform to speak out about incidents they had not earlier, some provided proofs in forms of screenshots too. A movement as significant as this to take place on social media is in itself a huge success because online spaces are toxically hostile, especially towards women and non-conforming genders. Akin to any violence perpetrated by heterosexual males in physical life, such actions are translated to virtual reality as well and take forms of rape threats, unconsented pornography, lewd messages, stalking, bullying, and so on.

This movement is not without its discontents, nevertheless. A lot of sceptics argue about the unparalleled power that is allowed to an accuser, especially to those who even have the liberty to stay anonymous. Sources of verification when inquired for even by the person against whom an accusation is made if not provided can bring into serious doubts about the validity of the accusation. Some also fear that innocent men can be harmed by this movement if women try to settle scores with them.

However, it is important to realise that the significance of this movement is that it has given power to countless women to finally come together to tell their stories to the world. These stories are real and horrifying, and tell tales of oppression, silence, and violence that has been perpetrated on women. These revelations have shattered stereotypes of successful elite women being away from the dangers of sexual misconducts. In fact, it has proved the contrary to show the real picture where no woman is safe from sexual harassment.

No movements are free from collateral damage. As recipients of advantages of patriarchy that have always benefited heterosexual men, it is on them to not question the sanctity of the movement. In case of proven libel, there are of course corrective measures provided by the law available. Hearing out survivors and victims of abuse who have been silenced is the essence of this movement, and questioning the veracity of these accounts makes the very foundational validity of the movement redundant.

What will now be interesting to witness would be if the spill over of the Indian movement can be felt in Nepal and other bordering countries. Women have tried to speak out including journalist Subina Shrestha. Allegations have also been made against Keshab Sthapit. However, whether it will gain momentum is to be seen. A popular singing reality show Nepal Idol recently trivialised the movement by making unnecessary ignorant jokes simultaneously as a celebrity guest tried to kiss the female host. Given the attitude of the public and misrepresentations of the movement in forms of memes and cheap jokes, it seems unlikely at the moment because even when it is thrown at their faces, the audience cannot detect harassment. Given the entire world is being alert about sexual misconducts, it is time we learn to identify and acknowledge sexual misconducts and make amends to our culturally accepted but morally wrong attitudes and prerogatives.

Girls Under18 Represents 20 Per Cent Among Women Undergoing Safe Abortion In Karnali By Agencies 3 days, 1 hour ago

SC Concluded Hearing On Dissolution Of House Of Representatives By Agencies 6 days, 2 hours ago 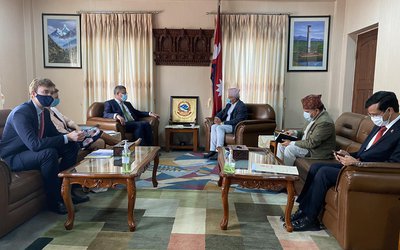