Who Really Is Bhakti Thapa? Serious Omission In History Books

Bhakti Thapa's dominating role in 1814-16 Anglo Nepal War is described in Nepal Army History also. It is quoted in that history book ( based on Vikramjit Harsat's book: History of Nepal ) that the Great Nepal's territory remained intact until Bhakti Thapa was alive

A list of  about 200  outstanding world figures  of all times was published in  the wave site BADASS that included names like Marshal Zukov, Douglas MacArthur, Edmond  Hillary, Charlemange, King Solomon, Sir Francis Drake,  Queen Laxmi Bai of Jhansi etc. Name of Bhakti Thapa is also in that list.  It is described in that wave site that the death of Bhakti Thapa in Deothal Battle is like the  Gorkha version of Hector dying at the end (to protect his country in Trojan War).

Unfortunately, Bhakti Thapa's crucial role in transforming within a short period Nepal's status from an insignificant state to that of a formidable power in the South Asian Sub-continent became known very lately in 1960s only after Historian Narahari Nath published the official LALMOHAR  documents addressed to Bhakti Thapa bearing the royal seal in the magazine HIMABATKHANDA.  Mr. C.P. Khanduri has written a book on Nepal history after the publication of LALMOHARS.  He has conclusively written "Bhakti Thapa had impressed the Gorkha commanders during the War of Consolidation and joined those who were to be the eventual rulers of Nepal. Kazi Amar Singh Thapa had traded in the footsteps of Bhakti Thapa."

Historian Mr. R.K. Shah has written that the state of uncertainty and anxiety characterized the reign of Pratap Singh and the regency of Queen Ragendra Laxmi that followed after the passing away of Prithivinarayan Shah.  However, sudden death of Ragendra Laxmi completely overturned the political scenery of Nepal.  Unjustly banished Bahadur Shah returned back to become regent and severely punished those who had conspired against him. Resilient Bhakti Thapa, who had preferred to remain in prison rather than to give in to the pressure to join  then Gorkha army loyal to the regent queen ( who had broken the solemn oath of the ancestors of Gorkha and Lamjung kings not to annex one another's territory),  was persuaded to play leading role in unification campaign to establish mighty Great Nepal.

Historian L.F. Stiller has written that it was during the Bahadur Shah's regency Nepal passed from the status of an insignificant state to that of a  formidable  power in the South Asian subcontinent.  Unfortunately our historians never tried in the past to find out who helped Bahadur Shah to turn Nepal into South Asian power

Fortunately, it has  become  clear  based on the above mentioned LAMOHARS published in the magazine Himabatkhanda that throughout Bahadur Shah's regency Bhakti Thapa had played decisive role in extending Nepal's western boundary up to Yamuna river (at  present in India).

Historian Stiller has written based on Hamilton "Jumla was the key to the west. Jumla had collected an army to face the Gorkhalis, a force far superior to anything the Gorkhalis could put in the field at that time. It is not surprising that Jumla with such an army was able to resist Gorkhali army for more than two years". Thus further extension of Nepal to the west would have been totally unthinkable without subduing the resistance of Jumla. At that critical moment Bhakti Thapa was  sent to  lead the Jumla operation.

Bhakti Thapa completely changed the strategy of his predecessors to subdue Jumla. He led his army to Jumla following the difficult and long northern Humla route. Bhakti Thapa scored a swift victory at minimum human loss. It is clearly stated in the LALMOHARS sent to Bhakti Thapa after the completion of Jumla operation that he had been assigned for the job  believing in his performance capability.

According to the LALMOHAR Bhakti Thapa was strongly cautioned that his resources are quite limited and thus he should not advance beyond Jumla. Highly encouraged after the great success in Jumla operation Bhakti Thapa is seen to have completely ignored the instruction of the Capital.  Poet Shakti  Ballab in a poem in Sanskrit has written about Bhakti Thapa's campaign to unite Doti  soon after Jumla operation. After the Doti operation Kumaun and Garwal were also incorporated into Nepal.  Within a short period of about two years the Yamuna river became Nepal's western border.

During the Bahadur Shah's regency period when Nepal passed from the status of an insignificant state to that of a formidable power in South Asian Sub-continent, Bhakti Thapa had played a decisive role, which becomes apparent from the virtually  unlimited authorities vested in him according to the LALMOHARS as described hereinafter.

At a time when the Nepal's western border was already  Yamuna river and his headquarter was far away at  Almora,  Bhakti Thapa, who began his association with Nepal's unification campaign from his brilliant Jumla operation, still  continued to exercise enormous authority  over a vast region extending  from Yamuna river  right up to Chepe-Marshyagdi on matters related to mass mobilization, control of all military garrisons, deployment of local rajas, constructions of forts and fortification, building bridges and roads etc. He was authorized to receive foreign head of states or their representatives and hold negotiations with them and sign the agreements unless it is deemed necessary to refer them to the capital.

It is most astonishing that Bhakti Thapa was even vested in authority to disburse fund to support the Center. In one of the LALMOHARS the king has` written not to cut the emolument of his brothers and nephews without his prior concurrence. 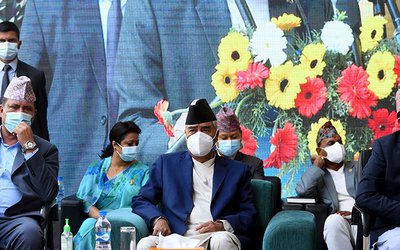 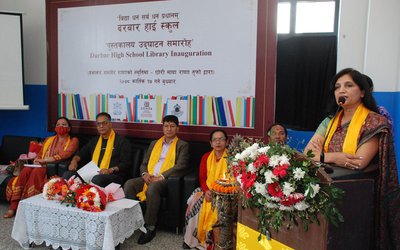 COVID Vaccine Efficacy Vs. Omicron By Agencies 1 year, 2 months ago 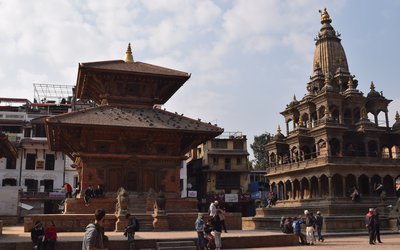