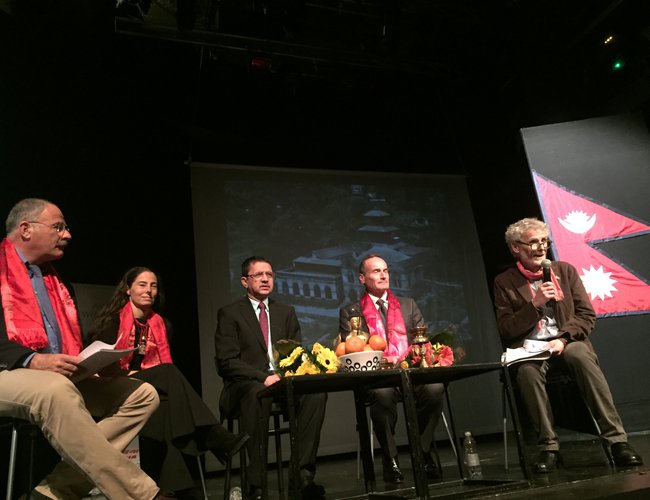 Ambassador of Nepal to the Italian Republic (Non-resident) said that tourism is one of the high potential sectors for Nepal’s development and socio-economic transformation while highlighting Nepal’s world class tourism attractions.

He said that after the successful completion of all three tiers of elections and formation of Governments at the national, provincial and local levels, the bases for peace and stability have been well established in Nepal and the phase of development and prosperity has started. Tourism as a peace and green industry can help transform both the urban as well as remote rural areas of the country through its various modes of operation, he added.

Stating that Italy and Nepal are countries with unique ancient civilizations, he said growth of tourist visits from Italy to Nepal can link the two peoples and civilizations for admiration of each other’s cultures and heritages. Underscoring the unique features of Nepal as a destination, he asked the invited guests to help promote tourism to Nepal for mutual benefits.  Around 12000 tourists from Italy visited Nepal last year.

The Permanent Mission of Nepal to UN and other international organizations based in Geneva, which also functions as Embassy of Nepal to the Italian Republic, working together with the Honorary Consulate of Nepal based in Rome and the Non-resident Nepali Association Italy Chapter organized a tourism promotion program at Milan city of Italy on 29 March.

The program was attended by international airlines, Italian travel and tour operators, travel writers, media persons, friends of Nepal and representatives of Nepali diasporas living in Italy. About one hundred invitees attended the program.

Local representatives of Qatar Airways, Air India and Turkish Airlines participated in the promotional program and each of them sponsored one return ticket to Kathmandu for a lucky draw. Accordingly, three guests won complimentary tickets after the lucky draw at the end of the program.

Paolo Nugari, Honorary Consul of Nepal in Rome, shared the activities carried out by honorary consulate in issuing visa and promotion of tourism. He  said that Italian communities have very positive feelings and goodwill for Nepal and there is a growing interests among them to visit Nepal.  He further showed the need for  more promotional activities in various cities of Italy.

According to a press release issued by Permanent Mission of Nepal Geneva, Switzerland, two Italian tour operator representatives, Silvia Anonini and Giuseppe Pompili made audiovisual presentations on Nepali culture and festivals and trekking and mountaineering, respectively for the Italian audience. The presentations in Italian language was moderated by Stefano Ardito, a long term friend of Nepal. A Nepali dinner was served in honour of the invited guests. 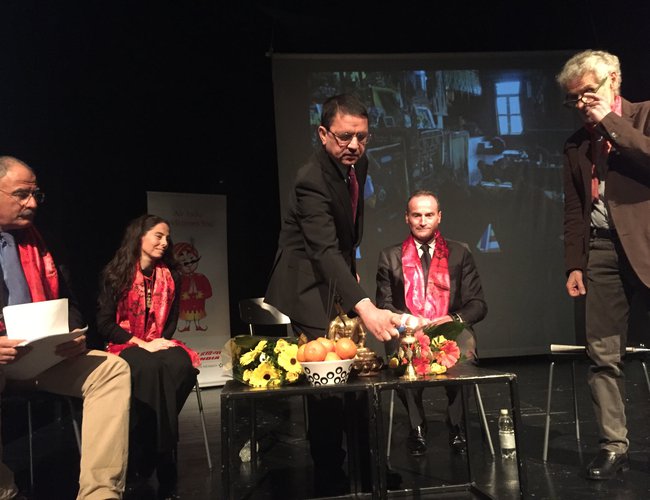 World Tourism Remains At A Standstill As 100 Percent Of Countries Impose Restrictions On Travel All Regions By NEW SPOTLIGHT ONLINE 2 weeks, 4 days ago

Third Repatriation Flight Of The French Nationals, Their Families And Other Europeans And Non-European Nationals By NEW SPOTLIGHT ONLINE 1 month ago

Kathmandu Marriot Hotel Lights Up In Love And Hope By NEW SPOTLIGHT ONLINE 1 month, 3 weeks ago