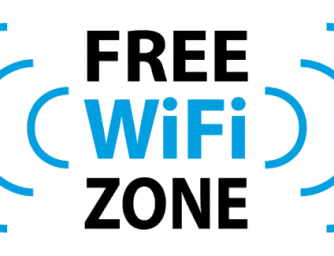 Following an agreement with World Link, a leading internet service provider, on Sunday, the KMC has announced that the visitors to Bouddha, Swayambhunath, Balaju Baisdhara Park, Pashupatinath, Basantapur and Sankha Park can access to free internet by June.

Under the deal, World Link will be providing free wi-fi services in the areas for the next five years as part of its corporate social responsibility. The visitors can enjoy this facility at a speed of around 10 Mpbs up to 30 minutes on one mobile phone, according to officials.

“While this service will help connect the visitors to those areas with the world, we are taking certain measures to prevent its misuse,” said KMC Mayor Bidhya Sundar Shakya, adding that the metropolis, after reviewing the feedback from the six locations, would extend similar services to other parts of the city.

Heritage conservationists have welcomed the move, saying that the free Wi-Fi facility will go a long way in tourism promotion.

“Armed with high-speed internet connectivity, the visitors can instantly upload pictures of the heritage sites to social media. Not only will it promote those places, but also help the visitors learn more about the areas on the go,” said Shriju Pradhan, deputy director at the KMC’s Heritage and Tourism Development Section.

According to The Katmandu Post, the metropolis has been providing free Wi-Fi services at Ratna Park, KMC office premises, ward offices and Chhaku Bakkhu Temple in New Baneshwor.