Art historian Lain Singh Bangdel had mentioned in his book “Stolen Images of Nepal” that the idol of Uma Maheshwor had first emerged on the museum display in New York in 1983. 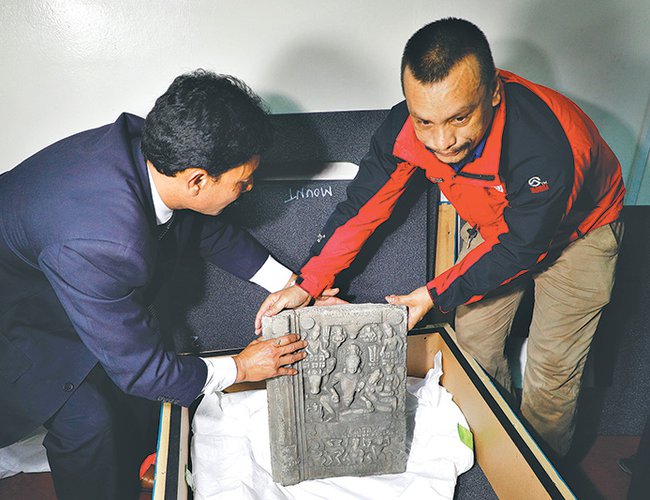 Two ancient idols that were stolen from the country more than 30 years ago before turning up in the collection of the Metropolitan Museum of Art in New York were returned on Wednesday.

Madhu Marasini, Nepal’s consul general in New York, handed over the stolen images of Uma Maheshwor and Buddha to the official of Department of Archaeology (DoA) in Kathmandu amid a function. Earlier on March 5, the government had signed an agreement with the museum for the handover of the idols that rightfully belong to Nepal. The museum authority was supportive throughout the handover process, Marasini said.

“The idols were removed from the museum display after it became known that they were stolen. The museum authority was sensitive regarding the issue and readily agreed to hand them over to Nepal.”

Art historian Lain Singh Bangdel had mentioned in his book “Stolen Images of Nepal” that the idol of Uma Maheshwor had first emerged on the museum display in New York in 1983.

According to The Kathmandu Post, the Buddha idol, which dates back to 11-12th century, was donated to the museum by a private collector in 2015. After receiving the idols, DoA Director General Bhesh Narayan Dhakal thanked Daniel H Weiss, the president of the museum, the museum staff, and Consul General Marasini for their support in bringing back the idols home. 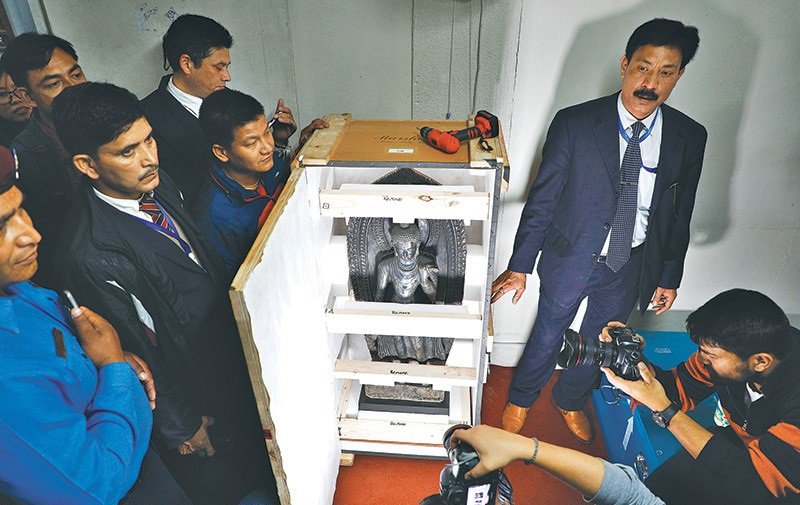