MK Gandhi, who considered himself a devout Hindu also professed cow protection but never let his own religious principles dominate over that of the others because he claimed to have said that his religious beliefs would not be applied to everybody. 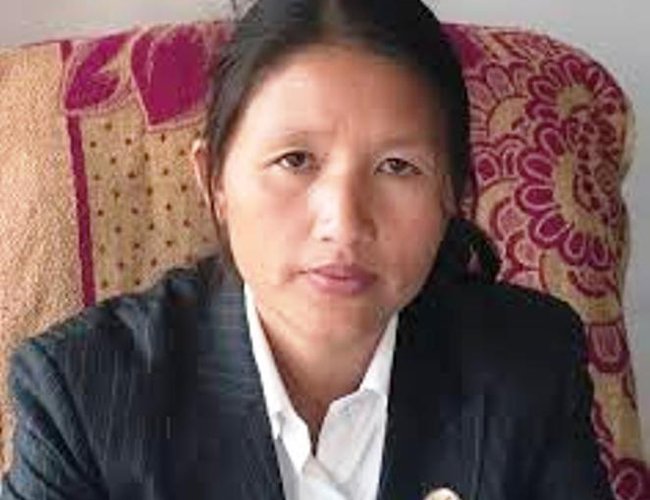 The debacle surrounding the statement made by Radhika Tamang regarding beef consumption did rounds on social and print media and it stirred up quite a controversy. Many things were said about the sentiments, religious importance, and national significance of the ‘holy’ cow to the Nepalese people. For a country with a strikingly high Hindu majority the revering of cow not uncommon and the slaughter of one is constitutionally declared unlawful. Moreover, the cow is also the national animal of the country.

An overwhelming majority in Nepal is Hindu but many indigenous communities also co-exist and it is not their cultural or religious practice to worship the cow. MK Gandhi, who considered himself a devout Hindu also professed cow protection but never let his own religious principles dominate over that of the others because he claimed to have said that his religious beliefs would not be applied to everybody. As a secular nation, the Indian constitution has never banned cow slaughter or beef consumption owing to different ethnic groups and their practices all over the country. This was not only minority appeasing politics but also ensuring rights to the people they rightfully deserved. However, things turned ugly in India after the advent of the BJP when some state laws in made slaughter of cows and some other bovines illegal for religious reasons. Innocent people lost their lives and communal attacks spawned intermittently.

While Tamang does possess a right position to demand she gets to eat beef it seems unlikely she will be able to. In fact, if she states the same again, it could be difficult for her to maintain her official position, too. It is not so only because of the stringently pious radical Hindus but because of the fact that so much politics is centred around the communal differences which is heightened by some interlinking yet opposing practices and issues, like beef consumption.

After the holy cow dies, it becomes the responsibility of the people belonging to the so called lower castes to take care of the carcass. Not to overlook that community’s economic status which runs its livelihoods on skinning dead animals, it is also a feast for them to be feeding on some good quantity of meat and whether it is a cow or a buffalo makes no difference to them. Yet, a group of people consuming an animal that died of old age or disease is acceptable to other people, because of again, the Hindu notions of the caste system that deem it as their responsibility arising due to accident of birth.

And again, the EU’s favouring towards secularism, proportional representation, and ethnicity, was deemed as vested interest of the EU by some and called it a meddling with the internal issues of Nepal. Nevertheless, the fact that these ‘some’ are so scared of all these three things need to realise that the indigenous communities along with other minority groups suffered at large in the Hindu nation, and the demand to consume beef is just one form of retaliation. Some also claim Tamang’s statement disguises the agenda of the Christian missionaries and converts but the underlying fact that still remains is that this motivation to conversion to Christianity also arose from the same oppression by the Hindu state, which is again trying to curb it constitutionally.

Having said this, cow politics is a bit too absurd to expect from a nation that has always been religiously and culturally tolerant and has other burning issues to first address to. In a secular state that also tries to be ethnically inclusive, the question remains whether appeasing to the minority would be an ethical move, if not a strategic one. In India, the very politics around ‘gouraksha’, especially in the northern belt, has become too strange to sound true, including but not exclusive to the supposed cow ambulance for injured cows in Uttar Pradesh. This is a lesson we need to learn from them and remind ourselves that our religious views need not be shared by others and we ought to respect that. Whether we agree or not, every individual may choose to or refrain from eating what they desire and it is best to not brought to the national plate which probably already holds more than it can eat.

It’s A Topsy-turvy World By Hemang Dixit 5 hours, 25 minutes ago

Fed Up With Federalism By Deepak Raj Joshi 5 hours, 27 minutes ago