The Indian assistance came as a big surprise to officials of even the concerned ministries. 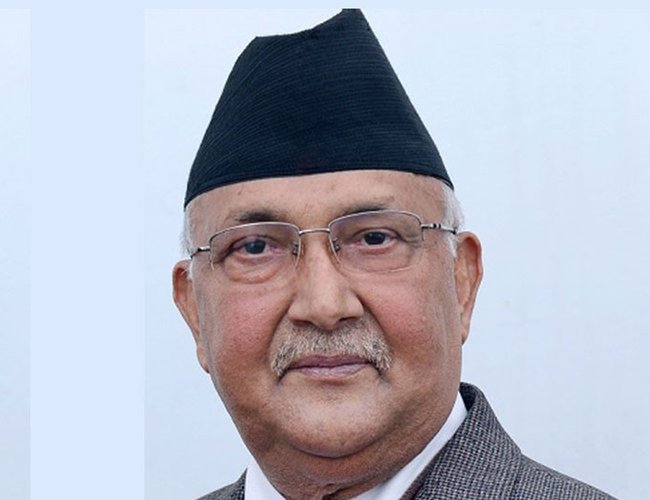 Nepal and India have signed agreements of three projects -- electric railway line connecting Raxaul to Kathmandu, inland waterway for connectivity, and a partnership project in agriculture -- on Sunday.

All these projects are new and look attractive. But experts say there is no reason to cheer about given the slow pace of implementation of projects running under Indian assistance.

They say that these new projects will also meet the same fate of projects being implemented under Indian line of credit.

The Indian assistance came as a big surprise to officials of even the concerned ministries.

A joint secretary at Ministry of Physical Infrastructure and Transport told Republica that the issues of railway and inland waterway were not discussed at the ministry.

According to My Republica, the Indian assistance came as a big surprise to officials of even the concerned ministries. They simply could not explain what these projects meant to Nepal and how they will be implemented.

A joint secretary at Ministry of Physical Infrastructure and Transport told Republica that the issues of railway and inland waterway were not discussed at the ministry.

Though officials said there are new technologies that enable passage of vessels through barrages on river systems like Koshi and Gandak barrages, they could not explain further.

There is a small navigation channel in Gandak project which has not been utilized yet. However, Koshi barrage also had similar navigation component in project design. But such channel has not been built. Similar, component has also been proposed in Saptakoshi High Dam project.

Officials of Ministry of Agricultural Development also could not explain what the new project means for the ministry.

Expert on infrastructure development, Surya Raj Acharya, said there is nothing to cheer about these projects. “This may be a continuation of the past attitudes of occupying infrastructure projects,” said Acharya.

Experts argue that stalemates in projects being implemented by Indian assistance as well as projects to be developed through joint investment like Pancheshwar speak loud and clear how most of the agreements remain in papers for years and even decades.

Expediting Pancheshwar and harnessing Nepal’s hydropower and importing energy from Nepal were some of the issues announced by Nepal and India in 2014.

But issues did not feature in joint statement issued on Saturday during India visit of Prime Minister Khadga Prasad Oli.

“This visit was successful in this respect. But Building a railway line to connect Kathmandu with Raxaul is going to be a challenging task,” added Regmi.

There is a long list of under-construction projects financed by Indian assistance. Not big infrastructure project has seen completion.

Hulaki Highway remains still incomplete even though it has already been two and half decades since the project was started. Rahughat Hydropower Project, which was started in 2010, could not move ahead due to non-performance of its Indian contractor. Process to hire new contractor began only recently.

The Kathmandu-Terai/Madhes Fast Track To Complete By 2024 By NEW SPOTLIGHT ONLINE 1 day, 3 hours ago

Madhesh Based Party Demand To Include Its Agenda In The Amendment By NEW SPOTLIGHT ONLINE 2 days, 2 hours ago