The newly-formed Nepal Communist Party (NCP) plans to form panels to complete the unification process at the province, district and village levels. 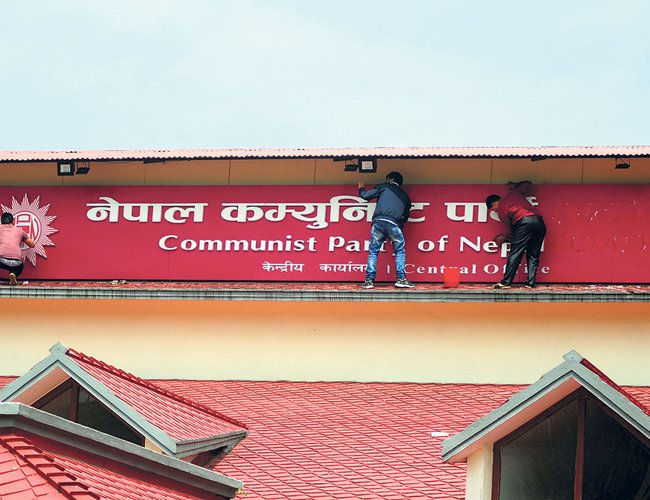 The newly-formed Nepal Communist Party (NCP) plans to form panels to complete the unification process at the province, district and village levels.

“So far, we have not finalized the action plan on how to complete the remaining unification works. A joint meeting of the standing committee and the secretariat will decide it,” said Narayan Kaji Shrestha, spokesperson for NCP.

According to My Republica, the party’s leaders in the provinces and local units will be picked as members of the panels to finalize party unification process in their respective areas. The panels will be mandated to unite the sister organizations of the merged communist parties.

Leaders privy to the development say the two chairmen of NCP have made a gentleman’s agreement. They said Pushpa Kamal Dahal will replace the existing Prime Minister KP Oli once he completes three years in the government. Dahal will lead the government for the remaining two years. “There is an agreement over government leadership but the party’s general convention scheduled to take place in next two years will decide about the party’s new leadership,” said a party leader requesting anonymity.