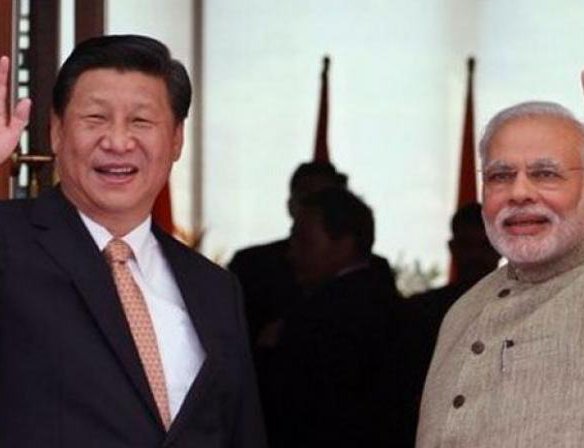 In the post Doclam phase there has been a considerable softening of India and China towards each other and also there approaches on the regional and global issues have reflected lot of flexibility and compatibility. Are the two countries on way to reshaping bilateral relations? What are the prospects and what are the major challenges in the way?

What Does Reshaping Means?

It is clear to all that India has problems with China on border issue and many other regional issues. Therefore looking at India-China relations in the contemporary phase, where it looks that the two countries are trying to enter in to a long-term dialogue and prepare a congenial platform for a brighter future of relations between the two countries. The developments taken over the year seem encouraging and therefore the possibilities of reshaping cannot be ruled out.

In April 2018, while speaking in a preliminary session of the Shangri-la Dialogue, a prestigious conference on defense and strategic affairs of Asia, PM Narendra Modi dealt at length on common goals of peace, tranquility and cooperation. PM Modi said that consent not power should be the guiding principle of the New World Order. He again pointed out that the New World Order must believe in sovereignty and territorial integrity of the nations, irrespective of their size and strength. He underlined the importance of faith and dialogue instead of force.

China welcomed PM Modi’s views as positive. The spokes man of the foreign ministry of China Hua Chunying said ‘We have noted the positive remarks made by PM Modi on China - India relations. We highly appreciate such kind of positive remarks’.

It was further remarked that China was ready to work for the promotion of mutually beneficial cooperation, maintain peace and handle differences on the basis of the consensus that PM Modi talked about. Thus PM Modi’s appreciation of China and his approach of consensus, faith and dialogue among nations as a guiding force of bilateral relations were appreciated by China.

The informal summit between the leaders of the two countries again reflected a change of mutual perception and attitude. There were doubts about the summit and its outcome. However, it may prove to be a milestone in the process of reshaping of India-China relations.

It may be pointed out here that the Foreign Secretary of India, the National Security Advisor of India and finally the Foreign Minister of India prepared a solid ground for the summit meeting of the two countries. India also canceled the event of Dalai Lama in New Delhi on the occasion of completion of 60 years in exile of Dalai Lama. PM Modi congratulated Xi on the occasion of the extension of his tenure.

It was during the visit of India’s Foreign Secretary to Beijing that the idea of a summit meeting was floated, which was readily agreed by the Chinese side.

The summit of Chinese President Xi Jinping and Prime Minister Narendra Modi was informal; hence it was not expected of singing of any document or any joint statement. But it was a great event as many issues of vital concerns were discussed and it also reflected the two countries heading towards a common perspective on some issues.

Chinese President Xi pointed out that China and India are the backbone of the world multipolarisation and economic globalization. He also said that the two countries should make positive contribution to global peace and development. There was also agreement on making peace and tranquility in the border region. The two leaders also agreed that there should be enough maturity and wisdom to handle issues of common concern. Both recognized the common threat posed by terrorism and expressed their commitment to curb terrorism.

It was realized that it was in the common interest of the two countries in a long term perspective that such a platform be created where contentious issues can be discussed and resolved amicably.

The summit was a step further on the way of reshaping bilateral relations as the two leaders expressed common concerns on various issues and agreed to resolve contentious issues through dialogue.

PM Modi attended the June 2018 summit for the first time after India got the status of a full member of SCO. PM Modi strongly supported the idea of connectivity provided they are inclusive, transparent and respect territorial integrity and sovereignty of a country. PM Modi did not endorse the Chinese project of Pakistan Economic Corridor as it violets India’s territorial integrity in Kashmir. However Modi commented that the connectivity, both physical and digital has changed the definition of geography. He strongly advocated unity among the Shanghai Cooperation countries. PM Modi referred to common legacies shared by the countries of the region and called for cooperation for development.

Thus PM Modi while asserting upon sovereignty and territorial integrity supported the SCO and called for a safe and connected SCO. India has invited the Chinese President for a similar informal Summit meeting in India next year and Xi has agreed to that. China has also agreed to share data with India relating to river Brahmaputra. There are also indications that China will not be too hard on his One Belt One Border project. This is also clear in SCO summit conference as well.

The Challenges and Prospects

There are welcome indications from near past. The understanding between India and China is not only necessary for peace and stability in the two countries but it has far reaching consequences for regional development and security. Similarly it may go a long way in consolidating the Asian fraternity and reshaping the basic contour of the global politics at large. One may see bright prospects from the growing understanding between India and China. However there are several irritating issues as well which cannot be underestimated.

The border issues are still unsettled between the two countries and it has potential to back fire any time.

Chinese refusal to Indian entry to NSG is a bone of contention to India.

China’s policy of supporting Pakistan in the case of terrorists reflects at its dualistic approach.

China’s one belt project and Pakistan Economic Corridor project are not acceptable to India over the issue of territorial integrity and sovereignty.

These issues need to be resolved or at least put in cold storage for time being if the two countries are really interested in reshaping their relations. One thing is clear so far that the dialogue must

Nepal’s Foreign Policy In Times Of Change And Uncertainty By Katak Malla 2 days, 22 hours ago

Living With COVID-19 By Dr. Prabin Manandhar 6 days, 16 hours ago