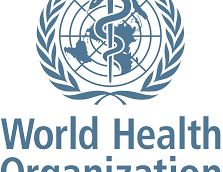 Lauding efforts being made by countries to save more and more lives through immunization, including during public health emergencies, World Health Organization today called for further accelerating efforts to reach the nearly five million unvaccinated children in WHO South-East Asia Region.

“It is critical to identify who is missing vaccination and reach them with lifesaving vaccines. Equity and improving vaccination coverage is the key to preventing resurgence of diseases, especially the ones eradicated with painstaking efforts, and for further reducing diseases and deaths among children,” said Dr Poonam Khetrapal Singh, Regional Director WHO South-East Asia, inaugurating a three-day meeting of Immunization Technical Advisory Group, here in New Delhi.

The WHO South-East Asia Region records about 37 million births every year, of them over 88% children are now getting three doses of diphtheria, pertussis and tetanus (DPT) vaccines annually, an indicator of basic vaccination coverage.

“Mapping hard-to-reach areas and population, addressing social and cultural and other barriers for them to access immunization services, and closely monitoring these activities for progress, should be among our immediate priorities,” the Regional Director said.

Growing political commitment, stronger partnerships, and relentless efforts of thousands of health workers and vaccinators, are collectively helping save millions of lives in the Region, Dr Khetrapal Singh said.

Member States have added several new vaccines to their immunization schedules such as for protection against pneumonia, diarrhea, Japanese Encephalitis and cervical cancer. Hepatitis B control is getting an impetus with vaccination.

The Region continues to be polio-free and maintains its maternal and neonatal tetanus elimination status.

These intensified efforts need to be enhanced and sustained as we seek to achieve a Region free of vaccine-preventable diseases, where all countries provide equitable access to high-quality, safe, efficacious, affordable vaccines and immunization services throughout the life-course, the Regional Director said.

The Immunization Technical Advisory Group meeting, convened by WHO, is being attended by international experts, representatives of national immunization technical advisory bodies and immunization program managers of Member States of WHO South-East Asia Region, as well as partners and donors, such as UNICEF, US Centers for Disease Control and Gavi, The Vaccine Alliance. The Advisory Group will review the ongoing efforts and challenges to reduce the burden of various vaccine-preventable diseases, and explore ways of strengthening routine immunization and achieving measles elimination and rubella control in Member States of the Region.

Coronavirus: Study Suggests Elderly And Sick Are Most At Risk By NEW SPOTLIGHT ONLINE 5 hours, 16 minutes ago