The Newport Woman Who Can Sleep For Days

The Newport Woman Who Can Sleep For Days 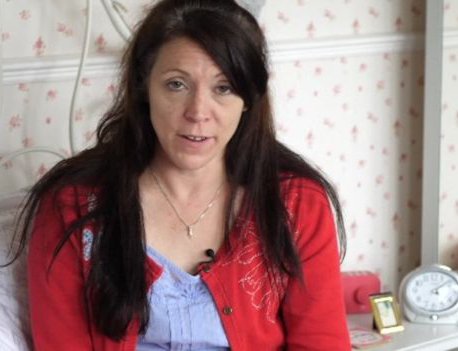 For Lucy Taylor, who has a rare disorder called idiopathic hypersomnia, 40 winks can turn into 48 hours of sleep.

It makes her chronically sleepy and she needs multiple loud alarm clocks and medication to wake her up.

But the underlying medical reason is unexplained.

"The longest time I've slept was on a Friday, when my mum had taken [my daughter] away for a bank holiday weekend, and I went to bed on a Friday at tea time and woke on the Sunday afternoon," she said.

Lucy, 42, of Marshfield, Newport, shared her story as figures show the number of people needing inpatient care for sleep disorders in Wales has risen by 30% in the last five years.

The mother-of-one, who works for a social housing scheme, takes between 12 and 15 tablets each day to help her get up and to stay awake during the day.

That is alongside a selection of alarms, including one which vibrates with a 120 decibel alert, and the help of her mother Sue, who has to administer some of her medication while she is still dozing. 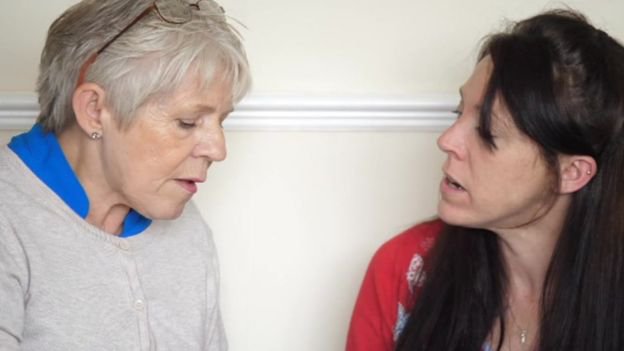 "I often wake up sort of in a panic but I won't be sure whether it's six in the morning or six in the evening or even what day it is - whether I've slept and missed a whole day," she said.

"It's not a nice feeling. As much as I want to sleep, it's almost like sleep is an enemy. It's keeping me from doing what I want to do, but it's all I want to do."

When she does finally wake after a long bout of sleep, she feels like she is in a kind of "sleep fog" where she can sense things around her in a blur, but where she cannot think clearly.

She said the condition has had a "huge impact" on her life, affecting her mental health, damaging her career and leaving some people thinking she is "lazy".

"Luckily for me, my family are amazing," she said.

"They are really understanding and they know it's not something I can help. Outside of the family, it's a very difficult thing because people are not aware of this condition.

"I think lots of people see sleep as something nice, and often if I say to people 'I've got an illness that makes me sleep', everybody sort of says 'I wish I could sleep like that'."

She said it had put a huge toll on her family.

"I'll sleep through weekends where I've planned to do things with my daughter, she used to play rugby and I just could never get up to get her to rugby, it's had a huge impact on her life," she said.

"I feel very guilty that it doesn't allow me to be the mum I want to be and should be."

Her daughter, Seren, 12, who often has to help get Lucy out of bed, said the hypersomnia can leave her feeling "upset and lonely" as she has no-one to talk to.

"The hardest time is probably when it's really tricky to wake mum up and I have to throw water over her or shake her and shout at her," she said.

"We used to love to watch movies together and sit down together and have a treat night and we can't really do that anymore. It's been hard to do that with mum falling asleep."

After suffering from chronic sleepiness for years, Lucy was diagnosed in April 2017, after being referred to the sleep centre at Nevill Hall Hospital in Abergavenny, Monmouthshire.

Dr Jose Thomas, a sleep and respiratory medicine consultant there, invited her in for an overnight study and was surprised when she slept from 23:00 BST to 16:00 the next day.

"It took hours to analyse the study that lasted nearly 18 hours," he said.

Dr Thomas said as idiopathic hypersomnia is "rare", affecting about two people in every 100,000, it is the "most challenging to diagnose and treat". 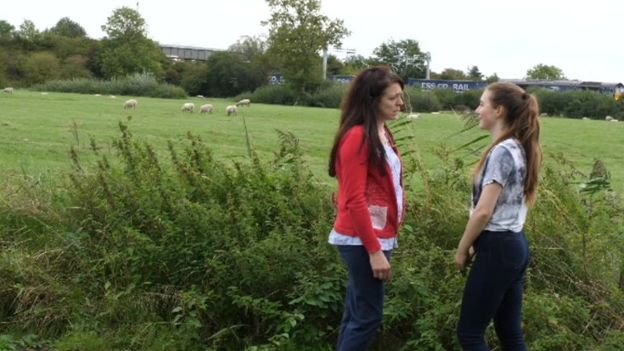 "Unfortunately there is no curative treatment. Treatment with drugs that promote wakefulness has helped, but Lucy's profound sleep inertia upon waking up in the morning continues," he added.

Lucy's mother, Sue, has to stay with her during the week and get up at 5am each day to give Lucy her the first dose of medication, in order to help her wake at 7am, but even then it is a "battle".

"They think Lucy is just being lazy or doesn't want to get up. They don't realise what a struggle life is for her.

"She is just so determined and it's her determination that is keeping her going, because it's just such a hard condition to live with."