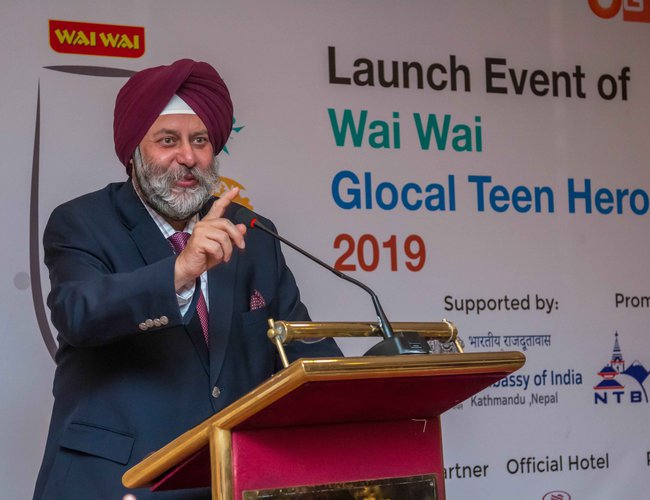 Glocal Teen Hero is an initiation to bring out the teenagers who are doing something from the shadows and create a ripple effect of motivation and impart a message that a lot can be done by anyone and also to appreciate and recognize the teenagers.

Ambassador of India to Nepal Manjeev Singh Puri was also present in the program. Other present included. Apart of this, there was also a presence of GP Sah, Vice-President, Chaudhary Group, Jury for GTH Nepal, Partners, representative of KRC Foundation (The local body for organizing GTH India), Representative of Glocal and the presence of Embassy of India.

The purpose of the Launch Event of WaiWai GTH India was to introduce about the project with a wider perspective to the audience and to raise awareness and understanding about the need of such project and the difference it makes to the lives of the teenagers by showcasing the stories of past teenagers. The event shared the news of a positive collaboration for the betterment of teenagers & youths, cross border and aware the people about the proud moment for the nation that something has been initiated from Nepal to flow towards India.

One of its own kind, "Glocal Teen Hero Nepal" is an initiation to recognize the teenagers who have initiated, achieved outstanding activities to create a ripple effect in the society. GTH motivates and encourages the teenagers to step out of their comfort zone, be creative and develop entrepreneurial thinking by providing them a national recognition and empowerment. 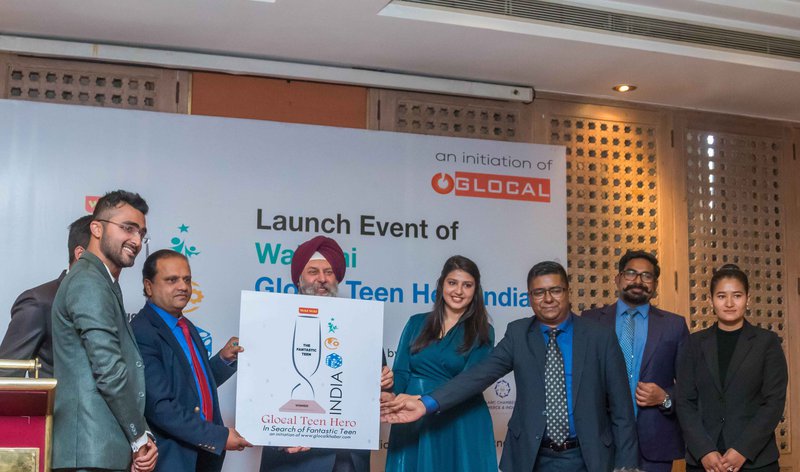 The applications for WaiWaiGlocal Teen Hero India will be opened from January 15, 2019 and closes on April 2nd. The main event is said to happen on 20th April, 2019 in Guwahati, India.

Todays event was organized by Glocalpvt ltd in collaboratin with Embassy of India.As Glocal Teen Hero is going to india and Embassy of India has welcomed this initiation to India from Nepal.

Nepal Requested India For The Supply Of COVID-19 Vaccines To Continue Administering The Second Dose By NEW SPOTLIGHT ONLINE 17 hours, 17 minutes ago

Second Phase Of Fast Track Project To Begin From Nijgadh By Agencies 5 days, 17 hours ago