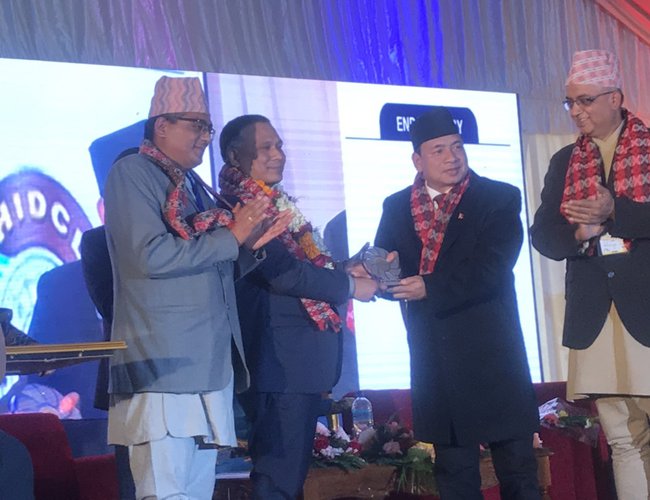 IPPAN conferred letter of appreciation to MD Ghising for his contributions to make Nepal economically prosperous and bright Nepal through the position of MD.

Appointed MD for years in 2017, MD Ghising is responsible to end a decade old load shedding through the better management. When he was appointed MD, Nepal Electricity Authority was running in net loss of Rs. 8.89 Billion. In two years period, Ghising turned NEA into a profit making organizations.

He is successful to significantly reduce the power loss. Along with this, he also work to accelerate the construction of transmission line. Addressing the program MD Ghising said NEA has recently announced take or pay policy to fulfill the government's aim to produce 10,000 to 15000 MW of power.

Chairperson of IPPAN Shailendra Guragain said that more than 100,000 people likely to visit the stall.

NIBL Heritage Conservation Pioneer By A Correspondent 2 days, 20 hours ago

ADB New President By A Correspondent 2 days, 20 hours ago