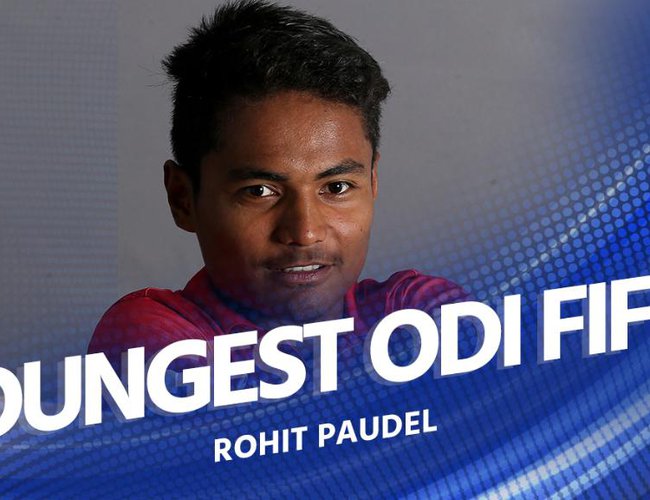 He is also the youngest man to score a One-day international half-century, beating Shahid Afridi, who smashed a 37-ball century in an incredible first innings against Sri Lanka aged 16 and 217 days.https://twitter.com/hashtag/UAEvNEP?src=hash

Indian legend Tendulkar scored his maiden Test fifty when 16 years and 213 days old. Paudel stroked a 58-ball 55 as Nepal, one of cricket’s rising forces, thrashed the United Arab Emirates by 145 runs in the second ODI at Dubai.

His fellow teenager, the 18-year-old Sandeep Lamichhane, claimed 4/24 with his leg-spin as Nepal bowled out their hosts for just 97 in an ill-fated chase of 243 to win.

Paudel was, however, a fair way off the record for all internationals, with South African women’s player Johmari Logtenburg having scored fifties in both Test and ODI cricket as a 14-year-old.