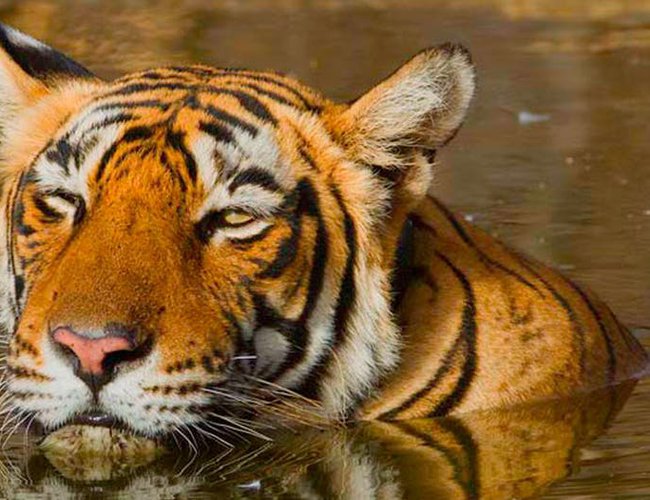 Though India and Nepal had agreed to collaborate on conducting the tiger census in their countries in 2018, they’ve yet to sign an agreement on sharing detailed assessments of the numbers.

With India’s census still ongoing, a senior official from Nepal said that they would not share data until India too shared its numbers. “We were expecting an agreement to be signed during the ongoing conference [Global Tiger Recovery Programme that has 13 countries with wild tiger populations in attendance] but that hasn’t happened,” said an official in the Union Environment Ministry who declined to be identified.

Nepal already publicised the results of its tiger census last September — 235 — and this represents an 18% rise from the 198 tigers in 2013.

However, India needs details on the locations of these tigers, which are captured via camera traps, to be sure that some tigers found on the border are not double-counted.

“We understand that India’s tiger census is huge and spans a vast area. However, both (countries) are sovereign and so data sharing must be on equal terms. We are hoping that it can be signed by February or March,” said Gopal Bhattarai, Deputy Director General, Department of National Parks and Wildlife Conservation, Nepal.

Prior to beginning its census India had also signed agreements with Bhutan and Bangladesh regarding sharing tiger numbers and conducting surveys using a common methodology. Both these countries had already shared data with India, said the Indian official cited earlier.

Officially, India had 2,226 tigers as of 2014. An ongoing census is expected to reveal an update to these numbers. 25-35% of India’s tigers now lived outside protected reserves.

Commissioned by the Union Environment Ministry’s National Tiger Conservation Authority, the 10 crore tiger census this year involves 40,000 forest guards traversing 4,00,000 sq. km. of forests; wildlife biologists independently assessing them; approximately a year’s duration of field work; 14,000 camera traps; and coordination with 18 States. Along with tigers, the survey also collects information on the prey population of deer and other animals. After States with tiger survey and compile data, they must send it to institutions such as the Wildlife Institute of India, Dehradun which analyses the numbers. The results are expected to be made public in May.