It is difficult to find cases that EIA has stopped development projects. The EIA study may recommend costly measures that distract the proponent to implement it. The EA study analyses environmental impacts of 'with' and 'without' project. If 'with project' alternative is selected, it further analyses alternatives 'within project' to select the 'best' alternative. 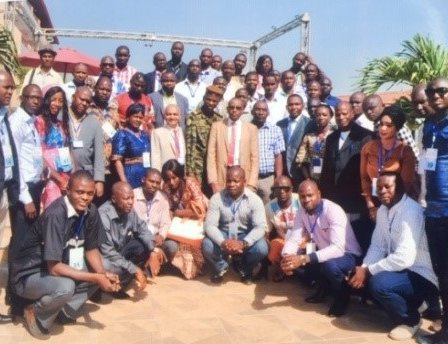 Enforcement of the Environment Protection Act (EPA, 1996) and the Environment Protection Rules (EPR, 1997) on 24 and 26 June 1997 obliged the proponents to carry out Initial Environmental Examination (IEE) and/or Environmental Impact Assessment (EIA) for the 'prescribed' proposals/projects. The then Minister for Population and Environment, current President Bidhya Devi Bhandari, took the initiative to finalize and issue the EPR as the 100-day progress of the then Government. The Act empowers the Government to stop the implementation of the 'prescribed' proposal in case of non-approval of IEE or EIA report, and punish with a fine up to one hundred thousand rupees. The Government has punished several proponents implementing projects related to hydropower, pesticides, collection of forest goods, and hotels during the last two decades. The punishment ranges from NRs. one to one lakh.

Based on recent news, a few hotels were punished due to non-compliance of EPA and EPR provisions. Some operational stage hotels having more than 100 beds are carrying out EIA study. No doubt, environmental assessment (EA) is carried out before the construction or operational stage of any proposal. The EA is a predictive tool that helps to identify, predict and evaluate the significance of the environmental impacts likely to occur from the construction and/or implementation of the 'prescribed' projects. The EIA is not an 'effect assessment'. Nepal's EPA (1996) defines EIA as "a report on detailed study and evaluation to be prepared to ascertain as to whether, in implementing a proposal, the proposal does have significant adverse impacts on the environment or not, whether such impacts could be avoided or mitigated by any means or not".

At present, the Ministry of Forests and Environment (MoFE) maintains the scoping document, approves the ToR and the final EIA report of all projects of all sectors that require EIA. The MoFE provides environmental clearance to implement the project. Although there is no approval process for Strategic Environmental Assessment (SEA) reports, EPA provides opportunities to carry out SEA study, also called second-generation EIA, of any plan or programme.

It is difficult to find cases that EIA has stopped development projects. The EIA study may recommend costly measures that distract the proponent to implement it. The EA study analyses environmental impacts of 'with' and 'without' project. If 'with project' alternative is selected, it further analyses alternatives 'within project' to select the 'best' alternative. This is both the national and international practice. Two examples are cited below for the benefit of the readers.

In 2003, the Department of Irrigation asked the then Ministry of Forests and Soil Conservation (MoFSC) to provide 1,150 ha of forests for Babai Irrigation Project. In my capacity as the chief of the Environment Assessment Section in the then MoFSC, my recommendation on 'not to provide forest area without approved EIA report' was approved and the proponent was informed accordingly. The proponent carried out EIA study and finally focused on two alternatives namely: (i) loss of 66 ha of forests; and (ii) loss of 22 ha of forests. Finally, the proponent selected the second alternative. It means proponent changed its previous approach of using 1,150 ha of forest area and saved over 1,125 ha of forests through alternative analysis. In case of Nijgadh airport, the approved EIA report is questioned on technical ground as its quality has been 'unnecessarily' compromised. 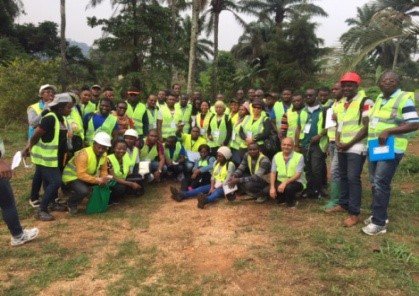 In 1988, the project developer completed detail design of the East Rapti Irrigation Project to irrigate over 8,000 ha of land in Chitwan district (Bhandara to Tandi area) by diverting water from East Rapti River with support from the Asian Development Bank (ADB). The Chitwan National Park Office refused for 'dam construction' on the Park side (left bank of the river) being it the 'World Heritage Site' and the National Park. This issue was 'internationalised'. Immediately, ADB sent a 'fact-finding' mission which proposed to conduct EIA study. The proponent carried out the EIA study and it recommended to implement Farmer's Managed Irrigation Scheme (FMIS) with the provision for environmental monitoring. The project was implemented through FMIS approach and it irrigated almost whole area as proposed in the previous project. These are good learning from EIA studies. Recalling the guiding principles, adopted by The UN Environment's Governing Council (meeting of the Environment Ministers) in 1987, and also of International Association for Impact Assessment, the EIA report 'must be credible'.

Nepal's legal provisions, knowledge, experiences and learning on EA is of 'international standard'. Being engaged in developing and promoting EIA system in Nepal for nearly 2.5 decades, an author of a book on EIA: process and practice (2003), trainer, and teaching EIA courses in Nepalese Universities since 2001 to develop human resources on EIA and associated aspects, I had the opportunity to offer my services as an International EIA Trainer in Sierra Leone (September-October 2013), Guinea (December 2018) and Cameroon (January-February 2019). A total of 136 trainees (government officials, academe, consultants and NGOs) from 3 countries have benefitted from Nepalese experiences, skills and learning. Recalling field-based exercises and 'high level of learning attitude', I am confident that they can prepare and review EIA report and provide inputs for decision-making. In a nutshell, EIA is the all countries 'recognised and used' predictive tool to evaluate the significance of environmental impacts of any proposal and to avoid, mitigate or compensate the adverse impacts on the environment. As EIA report preparation and approval process is institutionalised in Nepal, time has come to make additional efforts on environmental monitoring and auditing to benefit from this tool and make the proposal environment-friendly and sustainable.

Why Is The Stock Market Price Rising Despite The Covid-19 Pandemic? By Shanker Man Singh 13 hours, 56 minutes ago

What India Should, And Shouldn’t, Do In Nepal By S.D. Muni 4 days ago