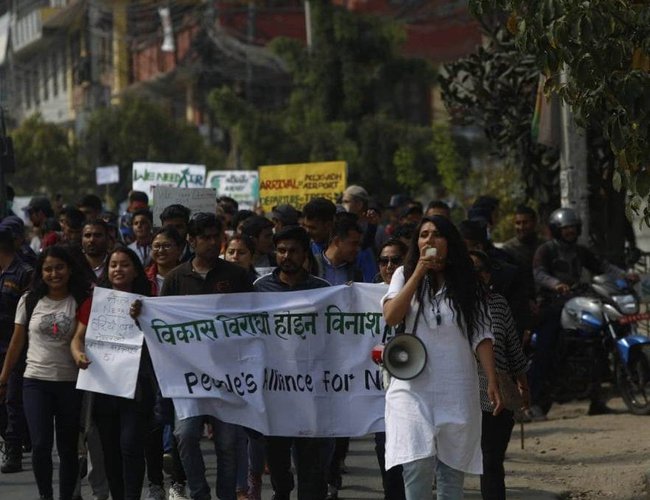 After a decision of Ministry of Culture, Tourism and Civil Aviation to cut the trees in Nijgadh to construct airport, a group of young people launched a protest in Kathmandu urging the government not to cut the trees.

Chanted the slogan that they are not anti-development, the youths call to protect the nature and environment. Organized by Jag Janchetana Abhiyan, protester has called the government to immediately halt cutting of trees.

They said that they are anti-development but they are against the destruction of forest. As the government is planning to cut the remaining valuable rain forest close to Nepal India border, other environmental groups are also protesting it. 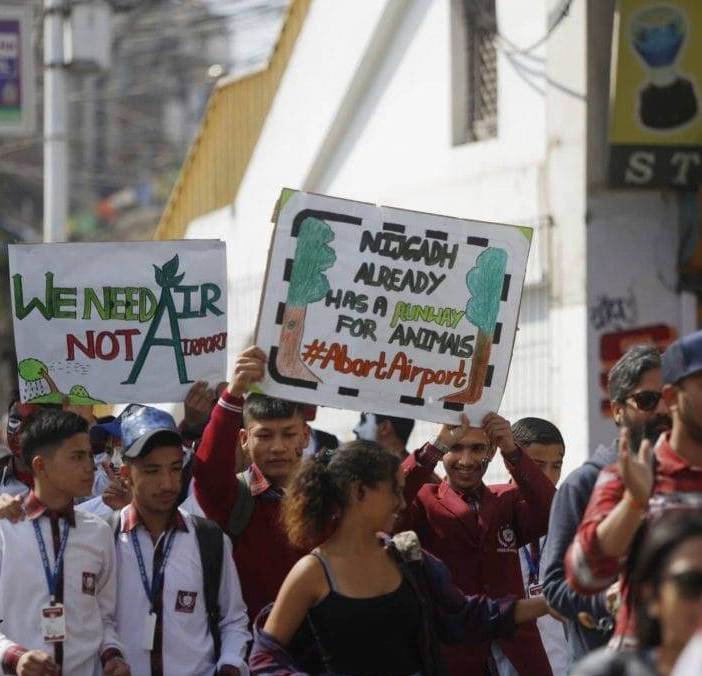 Known as a place of protected Asiatic elephant and close of Parsa National Park, the destruction of forest will have a long term environmental implications not only in Nepal but adjoin Indian state of Bihar. Environmental activist Chanda Rana has been launching campaign not the airport at the cost of 2.4 million trees.

However, the government has expressed that Nijgadh Airport is necessary for the country and Ministry of Forest and Environment has already given permission to clear the forest. As Nepal is one of the vulnerable countries due to climate change, the cutting of so much tress from Southern plain will have devastating impacts human life and ecology. 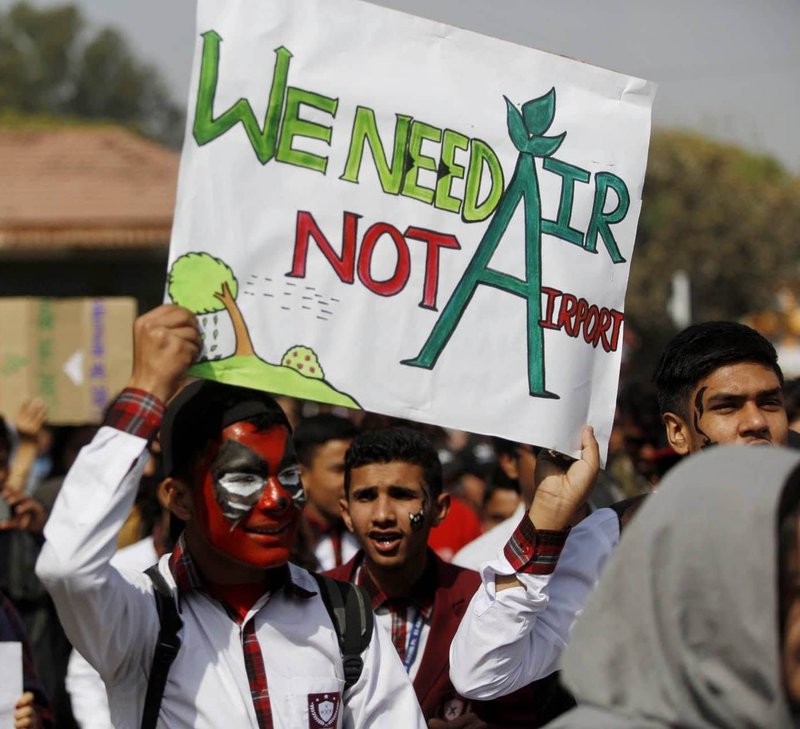 Conservationists have also demanded international intervention to prevent destruction of a large portion of trees for the construction of airport from the area where forests are disappearing fast. .