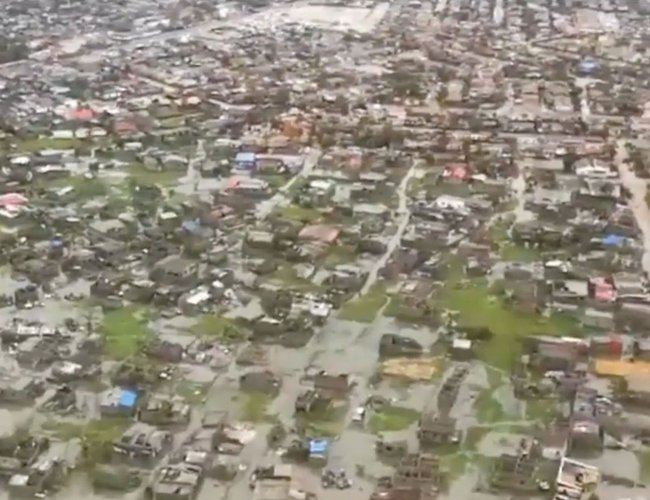 Four days after Cyclone Idai struck Mozambique, there are fears it may have killed more than 1,000 people in the country.

It is thought to have been the most destructive storm to have hit the southeast African nation in more than 10 years.

Widespread flooding has left whole villages submerged and bodies were floating in the water, as some areas were completely cut off by road.

Britain is to make up to £6 million available in aid, providing tents and shelter kits. International Development Secretary Penny Mordaunt said a team of experts is already on the ground coordinating the UK's response.

Mozambique's president Filipe Nyusi said the official number of dead was 84 but added "it appears that we can register more than 1,000 deaths".

He also said it was a "real disaster of great proportions".

"The waters of the Pungue and Buzi rivers overflowed, making whole villages disappear and isolating communities, and bodies are floating," he said.

President Nyusi spoke after flying over the central port city of Beira and the rural provinces of Manica and Sofala, where there was severe flooding.

According to the Red Cross, 90% of Beira, which has 500,000 inhabitants, has been damaged or destroyed. Jamie LeSueur, who led a Red Cross aerial assessment of the city, said the damage was "massive and horrifying".

"The situation is terrible," he said. "The scale of devastation is enormous."

"Communication lines have been completely cut and roads have been destroyed. Some affected communities are not accessible."

More than 215 people have been killed by the storm in the three countries, including 89 in Zimbabwe, official figures show. And hundreds more were reported missing. 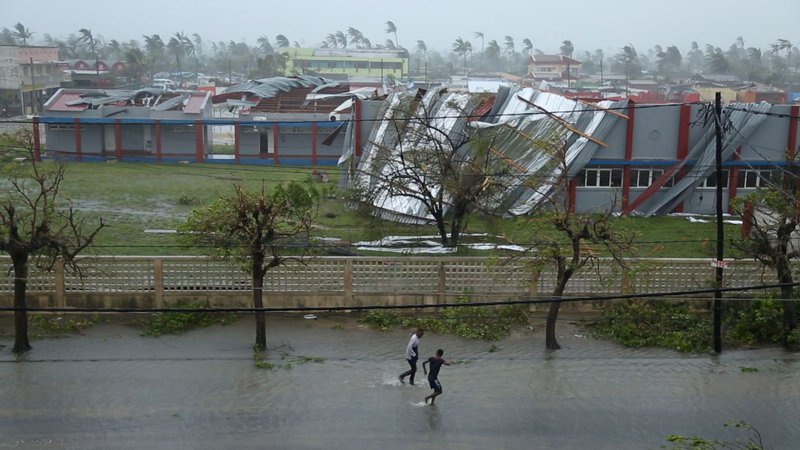 In Zimbabwe's Chimanimani district, rescuers were struggling to reach people cut off after torrential rains and winds up to 105mph swept away roads, homes and bridges and knocked out power lines.

UN agencies and the Red Cross have been helping with the rescue efforts that included delivering food and medicine by helicopter in the impoverished countries.

Mozambique is a long, narrow nation with a population of 30 million people, and has a 1,500-mile coastline along the Indian Ocean.

This time of year, it is prone to cyclones and tropical storms, and was struck by severe flooding from Cyclone Eline in February 2000.

That storm killed 350 people and made 650,000 homeless across southern Africa, including Zimbabwe.