Sharma, explains that open spaces are crucial in an urban context not just for biological reasons but also important from an aesthetic point of view 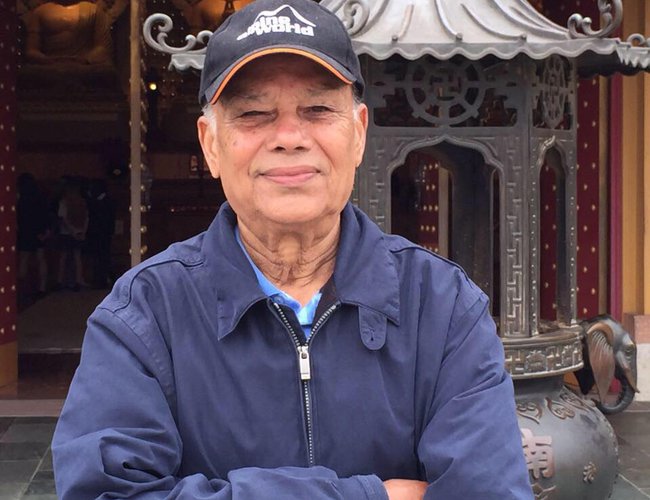 It was at the time of Maoist insurgency the population of Kathmandu started to expand. People from the other districts started to shelter in Kathmandu as it was considered safe. As the demography started to swell, people started to reside and then began the rise in the number of houses in Kathmandu. This unplanned urbanization was unabated and started to grow haphazardly. The land demand soared, so did the real estate prices however, the open spaces remained as it is – constant.

Dr. Bharat Prasad Sharma has long been an advocate for open spaces. He has voiced his opinion for better urban planning since his days at Department of Urban Development and Building Construction from where he retired as Deputy Director General after more than 30 years of service. Sharma insists that the current status of open spaces in Nepal is beyond worrying. Open spaces, from an urban environmental point of view, can be seen as those spaces underneath the sky including landmasses and also wetlands and forests. Sharma, explains that open spaces are crucial in an urban context not just for biological reasons but also important from an aesthetic point of view. He says, “In an urban context 10 to 15% of the total habituated area is a must to be designated as open space. In the past, Hindus would donate lands for cows to graze in as faith and hence came into existence the spaces such as Gaucharan. However, open space is a physical attribute and needn’t necessarily be religious. In the Nepalese context, there are religious open spaces like the Bahal and Bahil in Kathmandu and also secular open spaces like Tundikhel”. He further adds, “In the past, these spaces could easily accommodate the demography, today, we are in an Open Space crisis’.

Open space function also enables social interaction point. Traditionally, the Newari people would worship the Bhadrakali temple and make their way to Tundikhel to enjoy a feast. Similarly, spaces like Durbar Square still function as conversation place, market place and a recreational point. Recalling the 2015 earthquake, Bharat Sharma adds, “Open spaces are handy in times of distress and natural calamities for people to seek refuge in those spaces. The irony is that the open spaces that we so need are not increasing but decreasing. People are encroaching the open lands to build towering structure”. Sharma has repeatedly criticized the government’s move to grant permission to build a view tower at Ratnapark. He says, “Today, one Tundikhel isn’t enough. We need many Tundikhels if we are to take into account the population of Kathmandu. As it is, the open spaces in Kathmandu are few and are not evenly distributed. If what open space we have left were to be occupied with buildings and concrete then we would be approaching towards a scene where this city will see urbanization at the cost of the environment and the quality of life”.

The city of New York started to plan Central Park as its population was growing and the people were looking for spaces to escape the claustrophobic alleys and the high rise. Similarly, the 620 acre Hyde Park substituted as a military camp during the Great Plague. The 2088 acres Bois de Boulogne, was the idea of Napoleon III who was impressed with London’s Hyde Park and saw that the city of Paris has no parks in the quickly expanding east and west of the city. As mentioned, most urban cities have at one point of time realized the importance of open spaces, a prerequisite for an expanding city. It is certainly the government’s tasks to monitor, control and formulate policies regarding the Open Spaces. Today, the river domain along the Bagmati and Bishnumati river has eroded and encroached by slums and yet the government hasn’t decided on how to shelter the slums. Land plotting and towering structures are mushrooming right alongside the spaces in Lainchaur andTundikhel. The attempts to urge the government to look towards this grave issue has been recurrent but with little to no policy preparation towards conserving and building other open spaces, the future with such unplanned urbanization is sure to be grim.

Mishra can be reached at mishrapratyush96@gmail.com