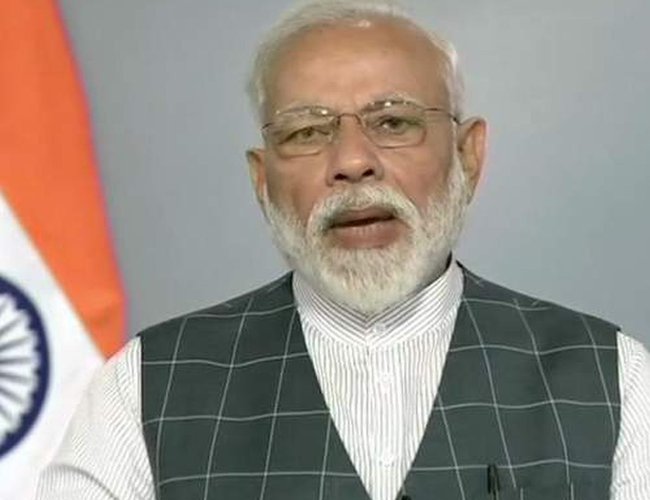 The A-SAT missile shot down the Low Earth Orbit satellite within "three minutes of launch", with remarkable precision and technical capability, PM Modi said in the rare TV address to the nation just weeks before the national election.

"This is a big moment for India, something all of us should be proud of. We are not just capable to defend on land, water and air, but now also in space. I congratulate all scientists who have made this possible and made India a much stronger nation," PM Modi said, ending his speech with "Bharat Mata ki Jai".

Earlier today, huge anticipation had built up after PM Modi tweeted that he would address the nation with an "important message" at around 11:45 AM - 12.00 noon. "Do watch the address on television, radio or social media," PM Modi had tweeted.

Opposition parties strongly protested against the PM's address in the middle of the campaign for next month's national election, when a code of conduct is in place.

Some parties have appealed to the Election Commission, but sources in the top poll body have said that "no permission of poll panel is needed for security related issues being announced."

Tweets by ministers and other top leaders of the ruling BJP, with the hashtag "NamumkinAbMumkinHai", rattled the opposition even more. They questioned the timing of the PM's announcement or indeed, whether it was necessary for him to make the announcement instead of the country's top space scientists.

In a sarcastic tweet, Congress president Rahul Gandhi wrote: "Well done DRDO, extremely proud of your work. I would also like to wish the PM a very happy World Theatre Day."

Speculation peaked after PM Modi's tweet as it emerged that the PM had met top ministers in the cabinet security panel at his residence in the morning. The tweet had also set off a guessing game on social media, with many recalling another "sudden" address -- to announce demonetization on November 8, 2016.

Union Minister Arun Jaitley hit back at the opposition for what he called "clerical objections", pointing out that India's nuclear programme was on 365 days, regardless of elections. Mission Shakti, he said, "shows that India today is in safe hands".