US Wants Astronauts Back On The Moon In Five Years: Mike Pence

US Wants Astronauts Back On The Moon In Five Years: Mike Pence 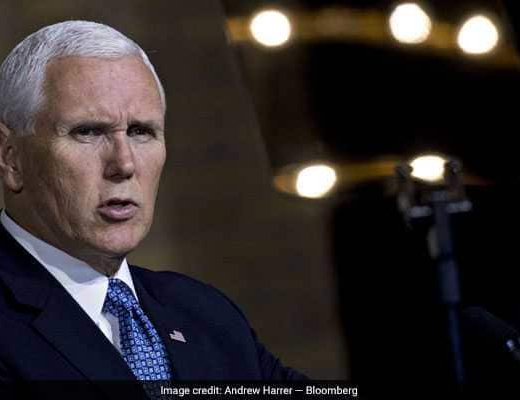 Vice President Mike Pence announced Tuesday that the United States intends to send astronauts back to the Moon within five years, with a woman first in line to set foot on the lunar surface.

"It is the stated policy of this administration and the United States of America to return American astronauts to the Moon, within the next five years," Pence said in a speech in Huntsville, Alabama.

"Let me be clear, the first woman and the next man on the Moon will both be American astronauts launched by American rockets from American soil," he said.

The first manned Moon mission in more than half a century had been scheduled for 2028.

But the program has encountered frustrating delays in the development of a new heavy rocket for the Moon missions, the SLS, whose first flight was recently pushed back to 2021.

In his speech, Pence criticized the "bureaucratic inertia" and "paralysis by analysis" that he said had resulted in the SLS delays, and called for a "new mindset" at the space agency.

He threatened to use commercial launch systems if NASA is not ready in time.

"Urgency must be our watchword. Failure to achieve our goal to return an American astronaut to the Moon in the next five years is not an option."

NASA's chief, Jim Bridenstine, recently said a woman would undoubtedly be the first human to set foot on the Moon since 1972, the last time there was a manned mission to the Moon.

Mars Will Be Closer To Earth Today Than It Will Be For Another 15 Years By Agencies 1 month, 2 weeks ago

UAE Probe Leads To Mars On Japanese Rocket By Agencies 4 months, 1 week ago