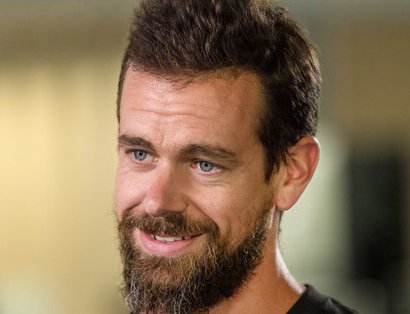 Like many in Silicon Valley’s elite, Jack Dorsey has adopted some diet, exercise, and lifestyle routines that seem rather extreme, or even bizarre. The CEO and co-founder of both Twitter and Square recently shared his full lifestyle routine on author Ben Greenfield’s podcast, and in addition to two hours a day of meditation and kicking off his day with an ice bath, he described his eating habits in some detail. He eats only one meal a day on weekdays, and he told Greenfield he’s done several “extended fasts” where he only drinks water on the weekends:

Dorsey, who did not respond to requests for comment directly to him or via his PR representatives, has shared some of his practices on Twitter before. Last year, he tweeted pictures from a 10-day meditation retreat in Myanmar (in the midst of a humanitarian crisis in the country) and has described his eating routine on Twitter, where he has faced a barrage of criticism from users:

CNBC published details from Dorsey’s interview under the headline: “Billionaire Jack Dorsey’s 11 ‘wellness’ habits,” a framing that was immediately picked up by Twitter, which saw a number of users point out that Dorsey’s diet and exercise habits sounded a bit like an eating disorder:

These aren't "wellness hacks." These are disordered eating behaviors. Encouraging anyone to eat one meal a day and to go an entire weekend without eating as part of "wellness" is normalizing and glamorizing eating disorders. This is dangerous and offensive.

Twitter billionaire boss @Jack shared the food, sleep and exercise habits he uses to maximize his performance with @bengreenfield. Among the biohacks Dorsey uses are ice-cold baths, no food all weekend and meditation. https://cnb.cx/2UGZDyK

It sounds like Jack Dorsey might have a serious eating disorder. Walking 5 miles a day while only consuming one meal per weekday and no meals ion weekends is not a wellness hack…it’s a disease. https://www.cnbc.com/2019/04/08/twitter-and-square-ceo-jack-dorsey-on-his-personal-wellness-habits.html …

"I'll go from Friday 'til Sunday.... I've done that three times now where I do [an] extended fast where I'm just drinking water," Dorsey says. "The first time I did it, like day three, I felt like I...

It’s worth pointing out that Dorsey was just describing his own life and health choices, and did not appear to be promoting a diet or product, or suggesting others follow his regime. (While he mentioned several brands, he doesn’t appear to have a financial stake in any of them.)

And of course, experimentation with productivity or longevity “treatments” is nothing new in Silicon Valley. Practices ranging from fasting to experimentation with young blood transfusions and stem cell injections are popular in tech circles, which in recent years have embraced a culture of extreme and often food-centric asceticism.

This ethos of Spartan self-discipline and self-denial—along with biohacking culture—has replaced one of indulgence for today’s tech elite, who, instead of ordering bottle service and surf-and-turf, are more likely to engage in microdosing, meditation, and meal-replacement drinks to boost performance.

And it’s not just in Silicon Valley: Many people around the world swear to the benefits of periodic food restriction, and “intermittent fasting,” has risen as a popular new diet. The science on whether fasting promotes good health is far from clear. The effects of caloric restriction were first discovered in the 1930s, when scientists found that lab rats with restricted food intake not only lived longer, but developed fewer age-associated diseases. Experiments have been repeated with promising results in mice and monkeys, and a 2018 calorie restriction trial in 53 humans found that cutting calories by 15% showed benefits for staving off age-related disease. Researchers noted however that “the number of participants was relatively small and the duration short in the context of a human lifespan.”

While both women and men in the Valley engage in fasting, some have pointed out that there’s a gendered aspect to the way these habits are described. As Geoffrey Woo, the co-founder and CEO of HVMN, a biohacking technology company, explained Quartz in 2017, women tend to face extra social pressure if they fast: “Women have an additional angle or critique around eating disorders that men don’t have the pressure of.”

Ultimately, there’s no point in trying to diagnose Dorsey—or any person, based on a podcast interview or tweet—with something as serious as an eating disorder. But the reaction to Dorsey’s habits being exalted as “wellness” hacks or tips is worth paying attention to. Dorsey’s regime may work for him, but the media should be wary of framing the extreme lifestyles of billionaires as aspirational wellness regimes.

WHO Advice For International Traffic In Relation To The Outbreak Of The Novel Coronavirus 2019-nCoV By NEW SPOTLIGHT ONLINE 1 day, 19 hours ago