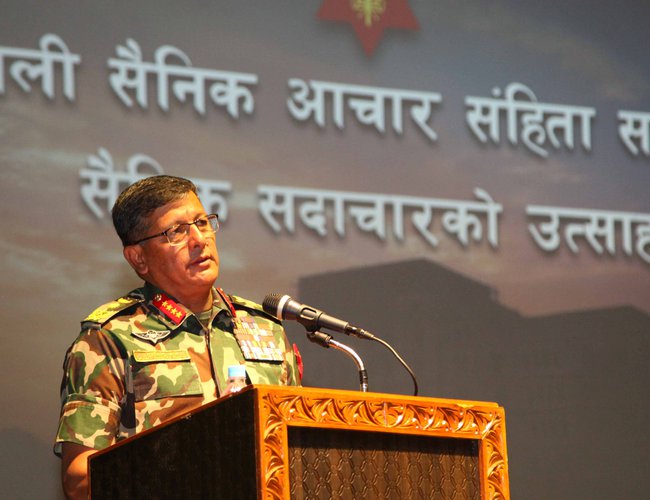 COAS General Purna Chandra Thapa has unveiled a week long campaign of Army Code of Conduct 2076 amid a function today at Tribhuwan Army Officers’ Club. The aim of weeklong campaign is to raise awareness among incumbent and retired military personnel about their codes and behavior what to do and what not to dy.

Nepali Army has issued a gag order to its incumbent and retired employees, barring them from sharing any confidential information and operation details related to the organization.

“It is unfortunate that the army is forced to celebrate the Army Code of Conduct Week. Corruption and other ill practices that cannot be controlled now will never be checked,” he said while inaugurating the Army Code of Conduct Week. Recalling contribution of ancestors to this institution, he said some forces were still working to tarnish its image.

“No one committing financial irregularities will be spared. Efforts to influence those in power for promotion or participation in peacekeeping missions would be recorded and may affect career development of any official,” he said. 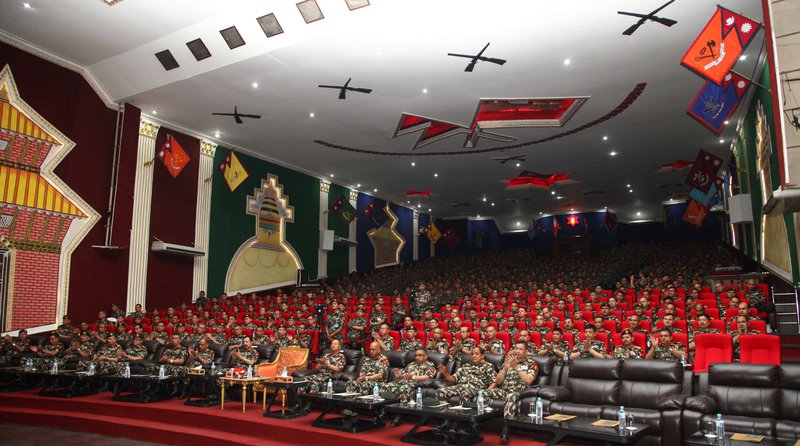 Army has announced to observe the first week of every Nepali New Year as Army Code of Conduct Week. On the occasion, the rank and file is trained on their duties, responsibilities, financial transparency, appointment and things to be taken into account while holding political meetings.

The Code of Conduct-2019 states that army personnel should not reveal sensitive information related to Nepali Army to the public while in office and after their retirement.

The act states that employees who disclose confidential information can be imprisoned for two to 10 years. However, provisions of the act do not apply to army personnel who have been retired for more than six months.

Ram, Sita, Laxman And Hanuman’s Statue To Be Installed In Ayodhyadham By Agencies 4 days, 7 hours ago

Local Levels Oppose To Shutdown The Schools By Agencies 1 week, 2 days ago