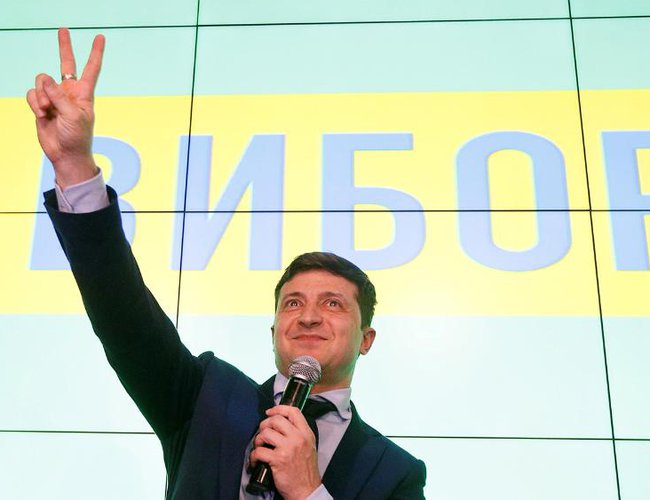 Zelensky, a 41-year-old whose only previous political experience was playing the president on television, took 73 percent of the vote, according to exit polls conducted by several think tanks.

Poroshenko said the results were "clear" and a reason to "call my opponent and congratulate him".

"I will leave office but I want to firmly stress - I will not quit politics," he added.

Poroshenko took 25 percent of the vote, losing to the television star across all regions of the country, including in the west where he traditionally enjoyed strong support. The remaining ballots were spoiled.