We Want More Nepalis To Live This Enlarged Partnership In Their Studies And Their Work: Ambassador Roland Schäfer

We Want More Nepalis To Live This Enlarged Partnership In Their Studies And Their Work: Ambassador Roland Schäfer 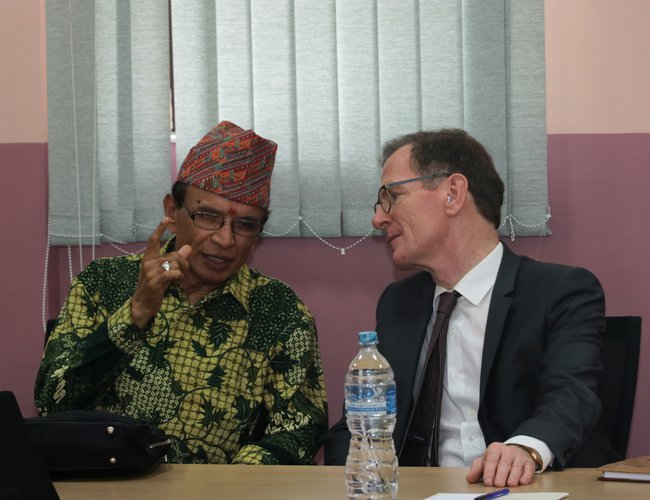 Ambassador of Germany to Nepal Roland Schäfer said that more than 1500 Nepali currently study in Germany. “This is only a small part of what our relationship is about: learning and developing together. Nepal has come a long way since our relationship started in 1958, and so has Germany. Today, linking up to Germany means linking up to the whole of the European Union, and to all its member states. We want more Nepalis to live this enlarged partnership in their studies and their work. This is my dream for the success story of the coming sixty years,” said ambassador Schäfer.

Addressing a talk program on ‘Retrospect and Prospect of Nepal Germany Relations The Role of Alumni in Nepal's Development German Ambassador to Nepal Schäfer said that there are a lot of opportunity for Nepalese scholars and student to learn from Germany.

Organized by Nepal German Academic Association (NEGAAS) former Nepalese ambassador to Germany Dr. Madan Bhattarai said that there are strong possibilities of further promoting cooperation between Nepal and the Federal Republic of Germany in the changed context of political stability and change of emphasis towards socio-economic transformation under the concept of a Prosperous Nepal and Happy Nepali. 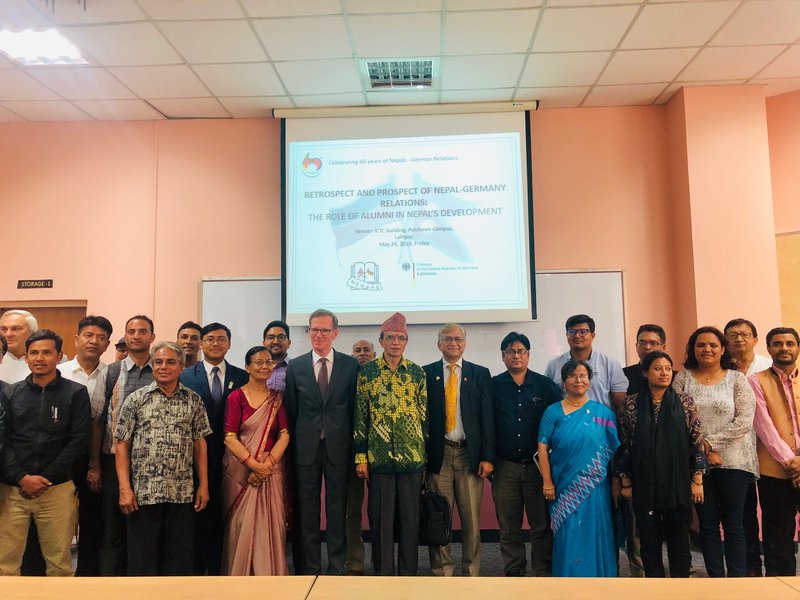 Nepal German Academic Association (NEGAAS) organized a Talk Program on “Retrospect and Prospect of Nepal-Germany Relations: The Role of Alumni in Nepal's Development”. The objective of the talk program was to discuss about the role of academia / NEGAAS / Alumni in shaping Nepal - German relations and achieving Sustainable Development Goals (SDG).

NEGAAS is a non-profit organization established in August 1986 by a group of Nepalese scholars having obtained their academic degree, undergone training and conducted researches in various universities and institutes of Federal Republic of Germany (FRG). NEGAAS aims at strengthening the relation between Nepal and FRG by developing mutual understanding and cooperation among the academicians of both the countries in social, scientific and technical fields. The talk program was organized inside the premises of Information and Communication Technology Centre (ICTC), Pulchowk Campus, Lalitpur on 24 May 2019.

Nepal Extends Lockdown Until June 14 And Suspended All Flights Till June 30 By NEW SPOTLIGHT ONLINE 7 hours, 12 minutes ago

More Than Half A Million Nepali Foreign Migrant Workers Registered For Repatriation By NEW SPOTLIGHT ONLINE 20 hours, 14 minutes ago