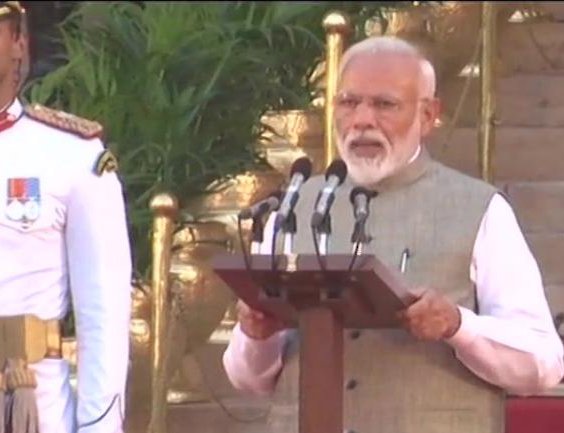 Prime Minister Narendra Modi took his oath of office today, along with his ministers, for the second consecutive term at the Rashtrapati Bhawan after his party BJP witnessed a massive victory in the recently-concluded national elections. PM Modi and his council of ministers are being administered the oath by President Ram Nath Kovind. The dazzling oath-taking event is being held at the presidential palace Rashtrapati Bhavan and is being attended by world leaders, celebrities and politicians. 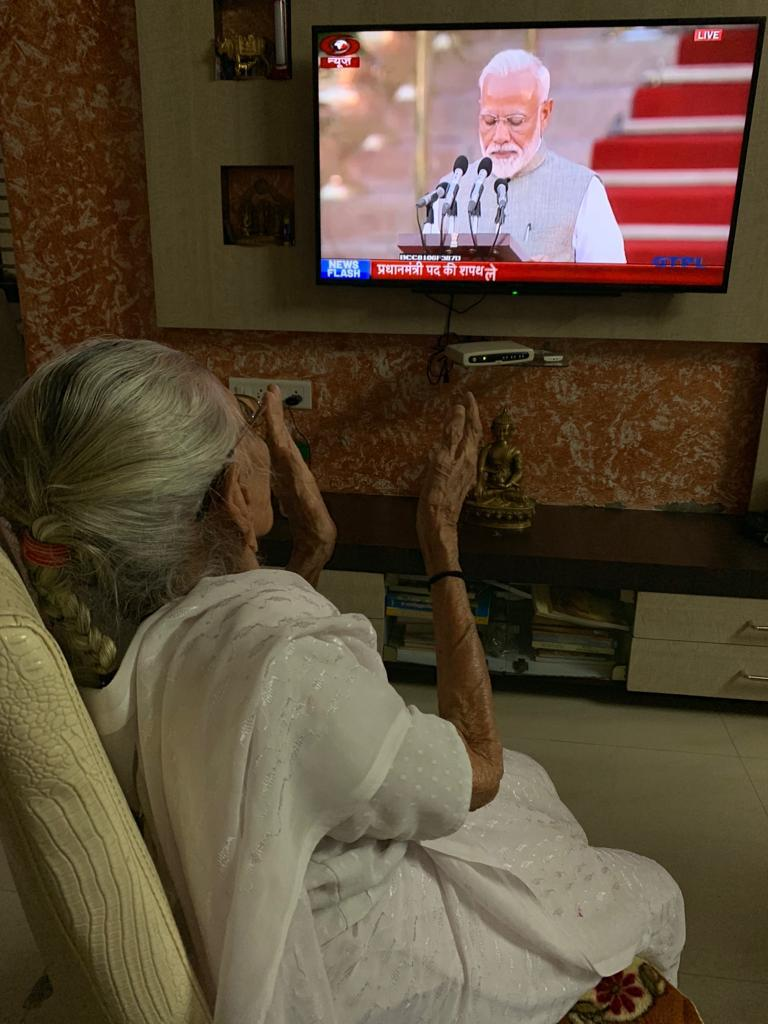 BJP President Amit Shah has also joined PM Modi's cabinet. Amit Shah, who has led the party since 2014 and is credited with its spectacular run in elections, has been the PM Modi's confidant for over two decades. He is credited with managing the party's successful poll campaign. S Jaishankar takes oath as minister at Rashtrapati Bhavan.

Ahead of the glittering swearing-in ceremony, PM Modi visited the memorials of Mahatma Gandhi and Atal Bihari Vajpayee, where he paid tributes to the late leaders.

A record number of nearly 8,000 guests are said to be attending PM Modi's swearing-in ceremony. The guest list includes heads of several neighboring countries, chief ministers of most of the states and Bollywood stars. The families of BJP workers who were allegedly killed in political violence in West Bengal in the last one year were also been invited to the ceremony.

With this, speculations on who will make it to the second Modi government have also come to rest. Since May 23 when results of the 2019 Lok Sabha election were announced and BJP returned to power with a thumping majority (303 seats on its own and 353 with NDA partners), various names have come up as possible ministers in the new Modi government.

BJP president Amit Shah too took oath and will join the government this time.

For his second term, Prime Minister Narendra Modi has reposed trust on many ministers who were part of his first government. These names include Rajnath Singh, Nitin Gadkari, Sadananda Gowda, Nirmala Sitharaman among others.

On Wednesday, Arun Jaitley, who served as the finance minister in the first Modi government, requested PM Modi that he should not be given any responsibility in the new government due to his poor health.

Sushma Swaraj, another senior BJP leader who held the portfolio of external affairs, is no longer part of the Modi government due to health reasons. At present, Sushma Swaraj is not a member of the Lok Sabha or the Rajya Sabha. She did not contest the 2019 Lok Sabha election citing health reasons. 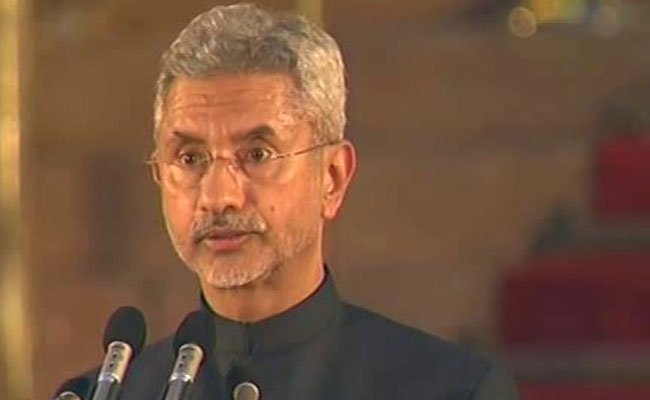 Meanwhile, former foreign secretary S Jaishankar, who is not a member of the Lok Sabha or the Rajya Sabha, has also been inducted into the Modi government.