Nepal To Grow Average 6.5 Percent In The Medium Term 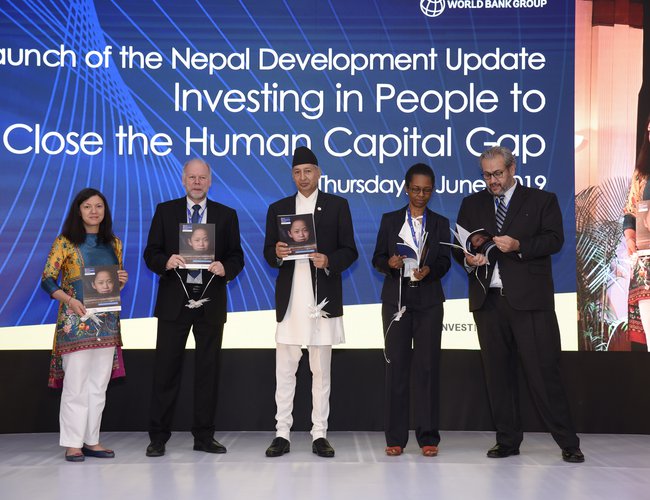 Nepal has the potential to double its Gross Domestic Product (GDP) per capita in the long run if it achieves the benchmarks of complete education and full health, said the latest edition of the World Bank’s Nepal Development Update launched today. Investing in its people could help propel Nepal toward its goal of Middle-Income-Country status by increasing the productivity and competitiveness of labor, leading to accelerated inclusive growth, added the report.

The Update presents a hopeful picture for Nepal for FY2019. Growth in the country is estimated to reach 7.1 percent, driven by the service and agriculture sectors. The service sector is likely to grow by 7.5 percent due to a boost in the retail, hotel, and restaurant subsectors, driven by an increase in tourist arrivals and remittance-fueled private consumption. Good monsoons, increased commercialization, availability of fertilizers and seeds, and improved irrigation facilities have supported growth in the agriculture sector. Finally, improved power availability from increased electricity generation is expected to support higher growth in industry.

“Investing in people so that all citizens of Nepal are able to achieve full education and health to perform at their full potential will be critical, in order to sustain the recent high levels of growth and increase competitiveness,” said Dr. Kene Ezemenari, World Bank Senior Economist and author of the update. “This will require reducing inequities in access to services, improving the quality of services and minimizing household vulnerabilities to shocks,” she added.

In its Special Focus section, the report notes that investing in people and building human capital are critical if Nepal is to accelerate its growth and rapidly reduce poverty. Human capital investments raise individual earnings potential, which in turn contributes to aggregate economic growth. For instance, one additional year of schooling in Nepal can raise an individual’s earnings by 8 to 10 percent. Under-nutrition reduces learning potential and productivity and can reduce GDP by as much as 11 percent. Investing in psychosocial stimulation during a child’s early years can raise his or her adult income by up to 25 percent. The Update makes a compelling case for focusing on the financing to meet needs of education, health services and access and skills development across the country.

“Our utmost priority remains the development of our children and youth – we need to scope up and maintain sustainable investments in the younger generation to ensure they remain productive and competitive with the global workforce,” said Dr. Yuba Raj Khatiwada, Minister of Finance, Government of Nepal. “We have initiated a number of reforms and policies to strengthen the investment and business environment and attract foreign investment.”The recently released budget has also been carefully designed to ensure an enhancement of education, health and drinking water sectors and creation of job opportunities in the country to ensure people’s fundamental rights,” he added. 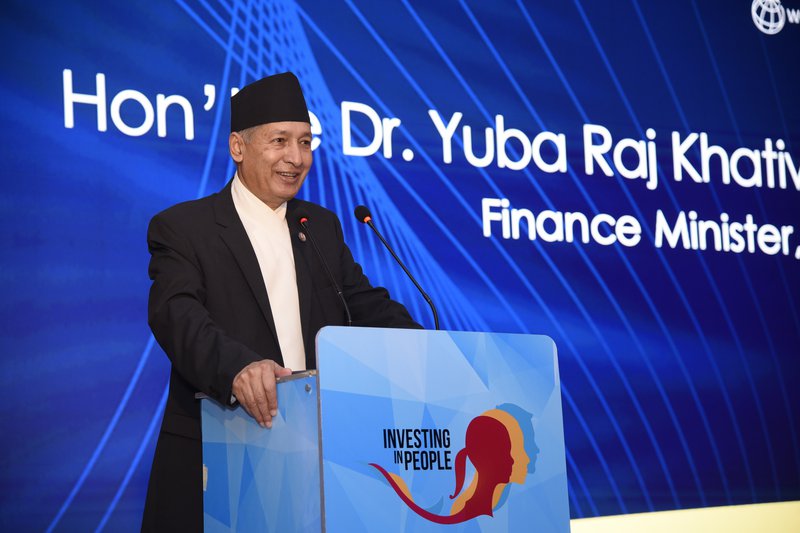 The report highlights the need for more exports if Nepal is to sustain the recent high levels of economic growth. Over the medium term, the Update projects GDP will grow at 6.5 percent on average, driven by private investment and consumption. Inflation is expected to pick up slightly but will remain below 5 percent during the forecast period assuming stable agricultural production, regular supply of electricity, and low inflation in India.

“The Government of Nepal has adopted a number of reforms to attract investments. And, it is equally important to ensure that the skills needed by the private sector are developed, to increase productivity and growth,” said Faris Hadad-Zervos, World Bank Country Manager for Nepal. “This will be critical for increasing exports; and increasing exports will be keyto sustaining the high levels of growth.”

The Nepal Development Update was launched on the sidelines of the Bhutan-Capital Human Capital Forum.

ECONOMY BOP Surplus By A Correspondent 2 days, 11 hours ago

ECONOMY Growth 1.5 Percent By A Correspondent 2 days, 11 hours ago 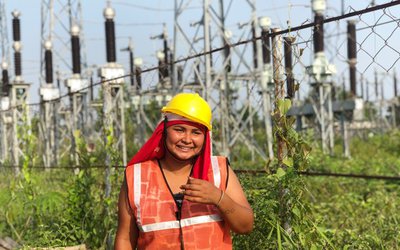