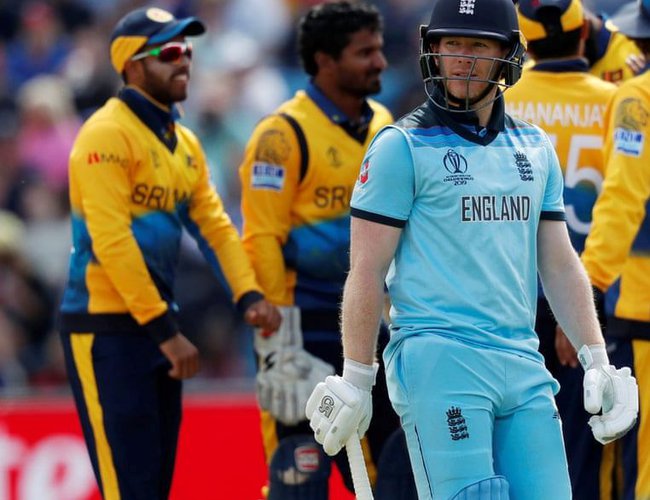 England were strangled into a shock 20-run defeat by Sri Lanka that dented their hopes of reaching the World Cup semi-finals and breathed life into the tournament.

Chasing 233 on an increasingly difficult pitch, the hosts were smothered by a brilliant Sri Lanka bowling performance in a compelling contest at Headingley.

Wood, though, edged Nuwan Pradeep behind to leave Stokes stranded on 82 not out and England 212 all out.

They had earlier restricted Sri Lanka to 232-9, with Angelo Mathews' painstaking 85 proving to be a match-winning innings.

England stay third in the 10-team table, but their three most difficult group games - against Australia, India and New Zealand - are still to come.

Sri Lanka climb to fifth, only two points behind England, their unlikely hopes of reaching the semi-finals still alive.