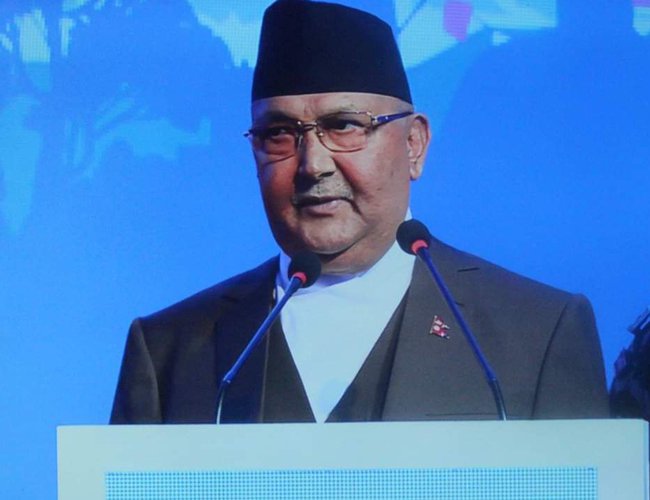 According to Deshsanchar, earlier PM Oli said to plan to visit Singapore on August 21. However, he change his his schedule to meet minister of External Affairs of India Dr. Jaishanker on August 21.

The online reports that he is reportedly leaving for Singapore on August 22 for further health check up as he has already taken appointment on August 23.

Minister of External Affairs of India Jaishanker is coming to attend fifth Meeting of the Nepal-India Joint Commission is being held in Kathmandu on 21-22 August 2019. He will pay courtesy call to prime minister Oli, President Bidhya Bhandari before attending the meeting with his Nepalese counter part foreign minister Pradeep Gyawali.

The Joint Commission Meeting will review the overall state of bilateral relations, and various areas of cooperation such as connectivity and economic partnership, trade and transit, power and water resources sectors, culture, education and other matters of mutual interest.