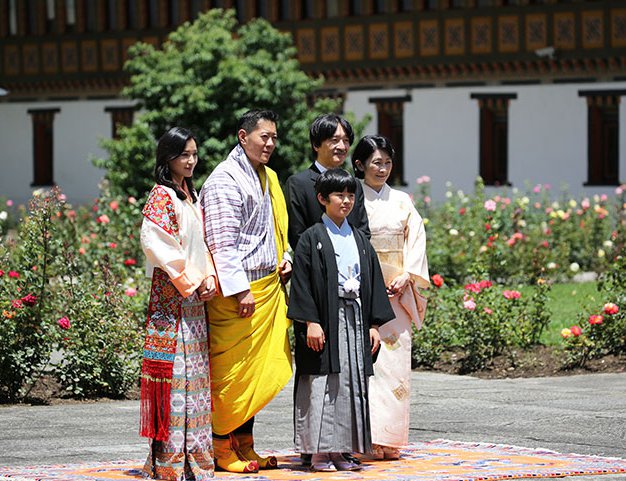 Crown Prince and Crown Princess Akishino and Prince Hisahito of Japan are in a visit to Bhutan. Bhutanese King and queen granted an Audience to Japanese Royals.

According to Bhutanese online Kunsel, tollowing the Audience, the Japanese Imperial Family were invited to lunch at the Lingkana Palace. The Imperial Family arrived in Bhutan on Saturday for a private visit on the invitation of Bhutanese King.

PIA Plane Crashed In Karachi, Many Are Feared Dead By NEW SPOTLIGHT ONLINE 1 week, 2 days ago