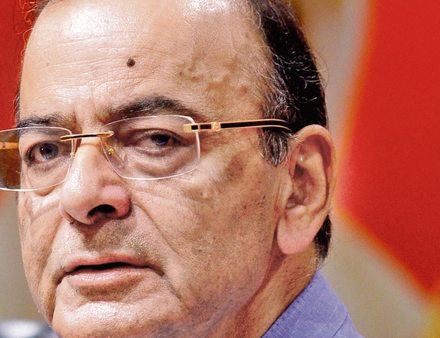 Former Union minister and Bharatiya Janata Party (BJP) leader Arun Jaitley, 66, passed away at the All India Institute of Medical Sciences (AIIMS) here on Saturday, where he was under treatment for over a fortnight.

Jaitley was admitted to AIIMs on 9 August after he complained of breathing problems. Earlier, in September 2014, he had undergone bariatric surgery to correct the weight he had gained because of a long-standing diabetic condition and in May last year, he underwent renal transplant surgery at AIIMS. He also underwent treatment in the US in January this year.

The veteran leader was one of the most articulate defenders of the BJP and as well as policies of its government both within Parliament and outside it. As a Parliamentarian and minister, Jaitley had set a high benchmark of probity.

When he took charge as finance minister during the previous NDA government, one of the first things he did was to delegate decision making in a controversial tax dispute to his then junior minister Nirmala Sitharaman as he had been consulted by the company involved in the case prior to his quitting law practice in 2009. His decision to recuse himself from the matter was to avoid even the mere appearance of bias in the handling of the tax dispute. According to legal experts, the incident was significant as it was of fundamental importance that justice should not only be done, but should be seen to be done.