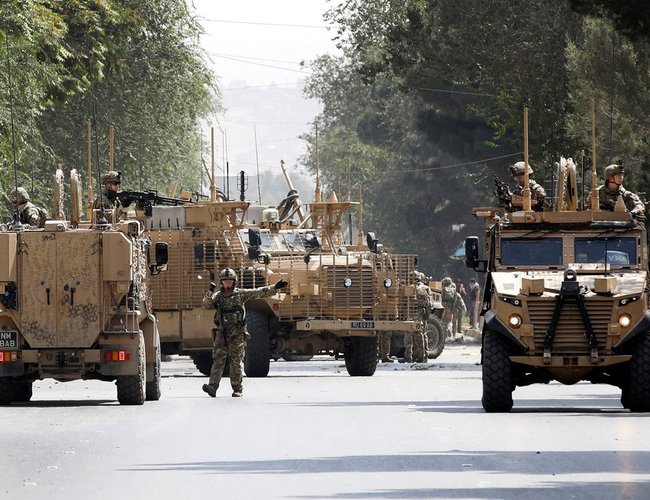 President Trump said on Saturday that he had canceled a secret meeting at Camp David with Taliban leaders and the president of Afghanistan and had called off months long negotiations with the Afghan insurgent group that appeared to be nearing a peace agreement.

“Unbeknownst to almost everyone,” Mr. Trump wrote in a series of tweets, Taliban leaders and the Afghan president, Ashraf Ghani, were headed to the United States on Saturday for what would have been a historic meeting at Camp David.

But Mr. Trump angrily said that “in order to build false leverage,” the Taliban had admitted to a suicide car bomb attack on Thursday that had killed an American soldier and 11 others in the capital of Kabul. “I immediately cancelled the meeting and called off peace negotiations,” he wrote.

“If they cannot agree to a ceasefire during these very important peace talks, and would even kill 12 innocent people, then they probably don’t have the power to negotiate a meaningful agreement anyway,” Mr. Trump wrote. “How many more decades are they willing to fight?”

Mr. Trump’s announcement was startling for multiple reasons. A surprise summit at Camp David with leaders of an insurgent group that has killed thousands of Americans since the October 2001 invasion of Afghanistan would have been a sensational diplomatic gambit, on par with Mr. Trump’s meetings with the once-reclusive North Korean leader, Kim Jong-un. A senior administration official said the meeting had been planned for Monday, just two days before the anniversary of the Sept. 11, 2001, attacks, which were plotted from Afghanistan and led to the United States’ invasion of the country.

The move also appears to scuttle — for now — Mr. Trump’s longstanding hope to deliver on a campaign promise to withdraw American troops from an 18-year conflict that he has called an aimless boondoggle. It comes amid stubborn resistance within Afghanistan’s government about the emerging agreement, not only for security reasons but because Mr. Ghani has been determined to preserve an election planned for Sept. 28, which he is favored to win. The Taliban have insisted on postponing the election.

It was also unclear whether Mr. Trump was calling a permanent halt to the peace negotiations. The president has reversed such decision in short order before. In May 2018, for instance he abruptly canceled his second summit with Mr. Kim, only to reschedule it days later.

Over 10 Reportedly Killed In Myanmar Protests By NEW SPOTLIGHT ONLINE 4 days, 23 hours ago