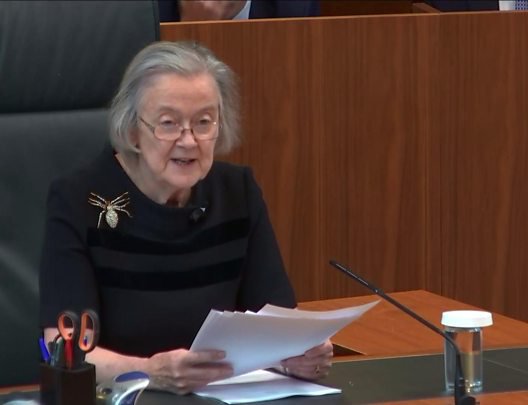 Boris Johnson's decision to suspend Parliament for five weeks was unlawful, the Supreme Court has ruled.

Judges said it was wrong to stop MPs carrying out duties in the run-up to the Brexit deadline on 31 October.

The PM, who has faced calls to resign, said he "profoundly disagreed" with the ruling but would "respect" it.

The Labour conference finished early following the ruling and MPs are returning to Westminster ready for Parliament to reconvene on Wednesday.

A senior government official said the prime minister spoke to the Queen after the Supreme Court ruling, but would not reveal the details of the conversation.

It comes after the court ruled it was impossible to conclude there had been any reason "let alone a good reason - to advise Her Majesty to prorogue Parliament for five weeks".

Johnson, who returns to London from New York on Wednesday, also chaired a 30-minute phone call with his cabinet.

The prime minister insisted he wanted to outline his government's policies in a Queen's Speech on 14 October, and to do that, Parliament must be prorogued and a new session started.

But critics said he was trying to stop MPs scrutinizing his Brexit plans and the suspension was far longer than necessary.