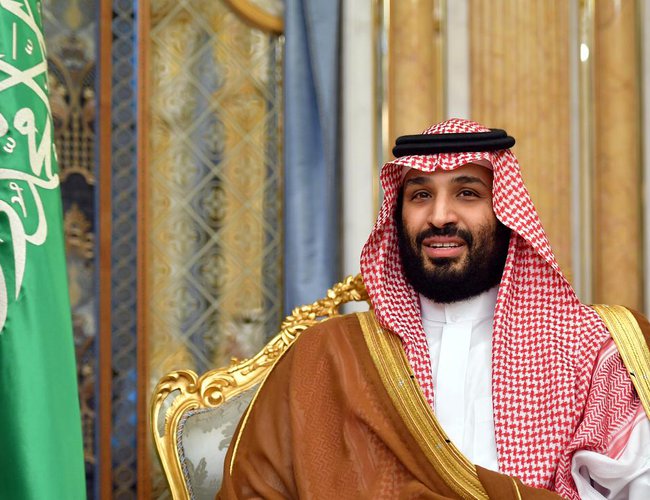 Saudi Arabia's crown prince has warned that oil prices could rise to "unimaginably high numbers" if the world does not act to deter Iran.

Mohammed bin Salman said a war between Saudi Arabia and Iran would ruin the global economy, following an attack on its oil facilities two weeks ago which it blames on Tehran.

Speaking to CBS News, he also said he accepted some responsibility for the killing of journalist Jamal Khashoggi.

But he denied personally ordering it.

The prince, who is considered the de facto ruler of Saudi Arabia, is suspected of personally targeting Mr Khashoggi, a Saudi journalist critical of the government in Riyadh.

Khashoggi was killed in Saudi Arabia's consulate in Turkey on 2 October 2018.

Media captionJamal Khashoggi: What we know about the journalist's disappearance and death

In an interview with CBS' 60 Minutes news programme on Sunday, he said: "I take full responsibility as a leader in Saudi Arabia, especially since it [the killing] was committed by individuals working for the Saudi government."

However, he denied ordering the killing of Mr Khashoggi directly, or having knowledge of it at the time. Saudi authorities have since blamed a "rogue" operation for his murder and put 11 men on trial.

The prince also appeared to offer talks for a political solution to the civil war in Yemen, where government forces backed by a Saudi-led coalition are fighting Houthi rebels supported by Iran.

What about the crown prince's oil warning?

Iran has denied any involvement in the attacks on Saudi Arabia's oil facilities, which the strikes that knocked out about 5% of global oil supply and sent oil prices soaring.

But Mohammed bin Salman, the heir to the Saudi throne, said: "If the world does not take a strong and firm action to deter Iran, we will see further escalations that will threaten world interests.

"Oil supplies will be disrupted and oil prices will jump to unimaginably high numbers that we haven't seen in our lifetimes."

He said the Middle East region "represents about 30% of the world's energy supplies, about 20% of global trade passages, about 4% of the world GDP".

"Imagine all of these three things stop. This means a total collapse of the global economy, and not just Saudi Arabia or the Middle East countries," the prince said.

He blamed Iranian "stupidity" for the attacks, saying there was no strategic goal.

Saudi Arabia says 18 drones and seven cruise missiles were fired on the country's two oil facilities in Abqaiq and Khurais on 14 September. Yemen's Iran-aligned Houthi rebels have said they were behind the attacks.

What did he say about Yemen?

The prince urged Iran to cease its support for Houthi rebels, saying it would be "much easier" to bring the war to an end.

"Today we open all initiatives for a political solution in Yemen," he said. "We hope this happens today rather than tomorrow."

US-Iran tensions have risen markedly this year.The US said Iran was behind attacks on two oil tankers in the Gulf in June and July, as well as on another four in May.