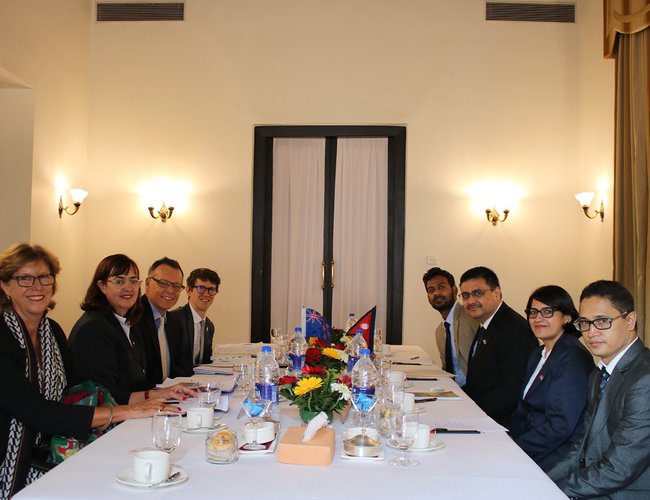 During the meeting, the two sides took stock of various aspects of bilateral relations and exchanged views on further promoting cooperation especially through enhancing economic engagements between the two countries. The meeting also discussed the Climate Change issue and participation of New Zealand in the forthcoming Sagarmatha Sambaad to be held in Kathmandu next year.