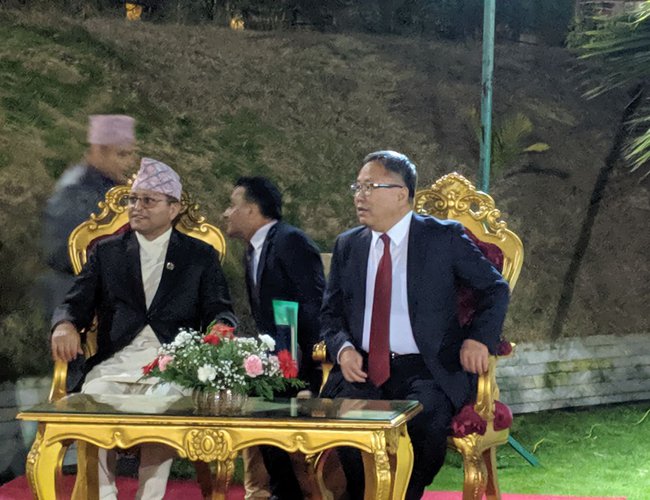 Ambassador of The Republic of Korea to Nepal Park Young-sik has hosted a reception to celebrate National Foundation Day in Kathmandu. Attended by ministers, former ministers, members of parliament, foreign diplomats based in Kathmandu, political leaders, business community, media persons and people from different walks of life, chairperson of National Assembly Ganesh Prasad Timilsina was a chief guest.

South Korea celebrates National Foundation Day every 3 October to look back to the founding of the Korean kingdom of Gojoseon in ancient times. This powerful kingdom is traditionally believed to have been founded by one Tangun, the son of a heavenly king and a bear that transformed itself into a woman. 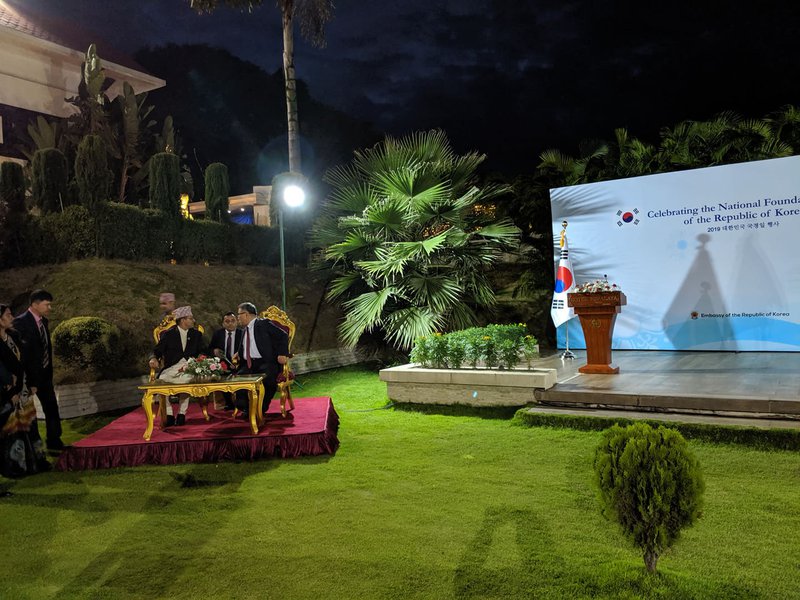 The capital of the kingdom of Gojoseon was Asadel. It is believed the kingdom was set up around 2300 B.C. Many centuries later, Joseon was founded, which was a kind of successor state. The “go” of Go-joseon means “ancient”.

For a long time, this holiday was an unofficial harvest festival, and it was observed in accord with the Korean lunar calendar. However, it became a national holiday in 1909 and was dated on 3 October from 1949 onwards.

The main event of National Foundation Day is a special ceremony held at Tangun’s mausoleum. In general, it is a patriotic holiday and a welcome day off for Korean workers.

The United States In Partnership With ADB Completes Two Secondary Schools In Kathmandu By NEW SPOTLIGHT ONLINE 12 hours, 13 minutes ago

PM Oli Adopted A Rhino By Agencies 3 days, 20 hours ago

338 Households Displaced In Fungling Due To Fire By Agencies 4 days, 9 hours ago

Chanda Led Maoist And The Government To Hold Talks By NEW SPOTLIGHT ONLINE 4 days, 20 hours ago