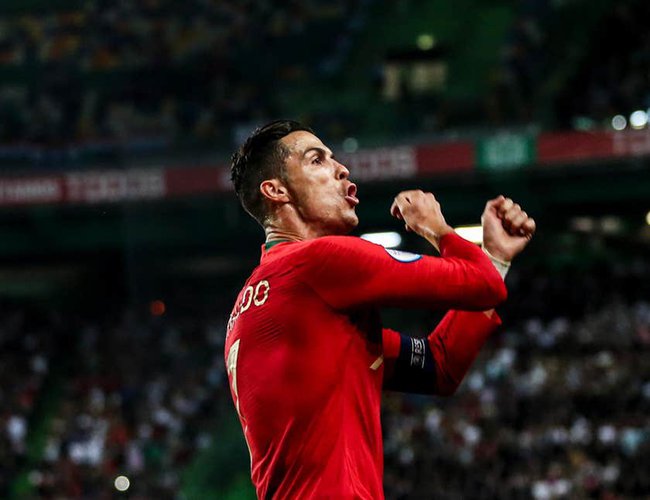 Cristiano Ronaldo doesn't stop making history. The superstar scored his 700th career goal on Monday in Euro qualifying as Portugal took on Ukraine. Portugal trailed 2-0 when the team got a penalty kick in the second half. Ronaldo made no mistake, finishing with pace to cut Ukraine's lead in half.

This was his 95th goal for Portugal.

What a moment for Ronaldo, though, unfortunately for Portugal, Ukraine won the match to clinch a spot at Euro 2020. Portugal is still in good shape to qualify, however. The team is in second place in the group with Lithuania and Luxembourg in November, and just one win there will be enough.

Ronaldo's 95 international goals put him within 14 of the all-time record held by Iran's Ali Daei. Ronaldo sits sixth in the all-time top men's goalscorers list in football history, behind Gerd Muller (735), Ferenc Puskas (746), Pele (767), Romario (772) and Josef Bican (805) - however, the data for both Puskas and Bican is not fully verified.

However, Ronaldo is currently the highest goalscorer among active footballers, with his great rival Lionel Messi sitting on 672.